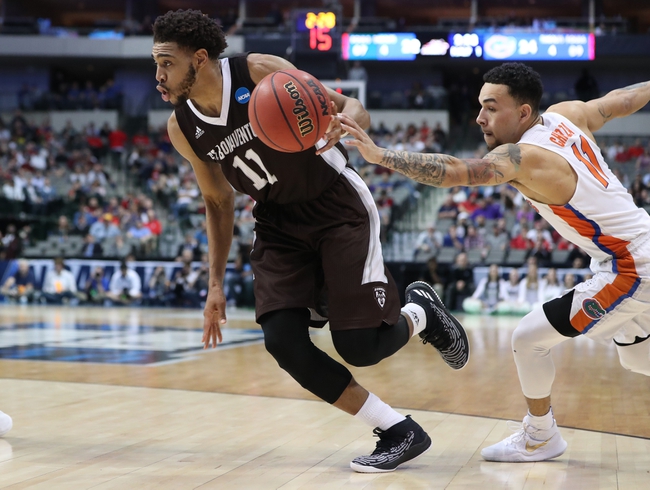 The Bucknell Bison will travel to the Reilly Center to take on the St. Bonaventure Bonnies this Wednesday night in College Basketball action.

The Bucknell Bison continued their Patriot League dominance last season as the Bison finished last season with an overall record of 25-10 while vanishing Patriot League play with a 16-2 record. Bison easily punched their ticket to the NCAA Tournament after defeating the Colgate Raiders by a 83-54 margin in the Patriot League final and gave 3-seed Michigan State all they could handle in the first round of the NCAA Tournament before falling by an 82-78 margin. Bucknell still is projected to be one of the top teams in the Patriot League this season however, they’ll their experienced players will need to step up after the Bison lost their top three players from last year’s team in Zach Thomas (20.5 ppg, 9.1 rpg, 2.1 apg, 1.0 spg), Nana Foulland (15.2 ppg, 7.0 rpg, 1.3 apg, 1.7 bpg), and Stephen Brown (15.1 ppg, 3.3 rpg, 4.3 apg, 1.2 spg). For Bucknell to continue their success they’ll need their experienced players in Kimbal Mackenzie (8.0 ppg, 1.8 rpg, 2.4 apg), Jimmy Sotos (4.8 ppg, 2.8 rpg, 2.0 apg) and Avi Toomer (4.7 ppg, 2.3 rpg, 1.0 apg) to all take larger roles in the fast paced Bucknell offense. Bison might have a hard time averaging 80+ points per game like they did last season, however, the Bison have also been solid defensively as they ranked 95th in defensive FG% last season and should be strong on the end once again.

The St. Bonaventure Bonnies  had a successful 2017-18 season as the Bonnies finished the year with an overall record of 26-8 while 14-4 in the A-10. St. Bonaventure was knocked out in the A-10 semifinals by Davidson however, still earned a trip to the NCAA Tournament and defeated UCLA in a first-four matchup before falling to the 6-seed Florida Gators. St. Bonaventure has consistently been a solid team in the A-10, however, similar to Bucknell, lost their top talent as both Jaylen Adams (19.1 ppg, 3.4 rpg, 5.2 apg, 1.5 spg) & Matt Mobley (18.1 ppg, 5.0 rpg, 2.4 apg, 1.1 spg) are no longer with the Bonnies. The good news for St. Bonaventure is that they do return Courtney Stockard (13.3 ppg, 6.3 rpg, 2.2 apg, 1.4 spg) who had a monster NCAA Tournament as he had a combined 40 points in the Bonnies two tournament games. Also returning for the Bonnies will be LaDarien Griffin (8.8 ppg, 6.3 rpg, 1.1 apg), Amadi Ikpeze (4.5 ppg, 3.1 rpg), and Nelson Kaputo (3.3 ppg, 1.1 apg). St. Bonaventure will hope that newcomers Jalen Poyser (UNLV transfer) and Junior College transfer, Melkisedek Moreaux can contribute immediately for the Bonnies.

This is going to be hard game to gauge as both Bucknell and St. Bonaventure lost some much of their offensive production over the off season. Bucknell should be able to still be competitive in the Patriot League however, I think they have more question marks than the Bonnies who at least have a proven scorer in Courtney Stockard. This game has yet to be lined but as I think the Stockard and LaDarien Griffin will be a tough matchup for the Bison, I’m initially leaning on taking the Bonnies as long as they aren’t favored by the too much.