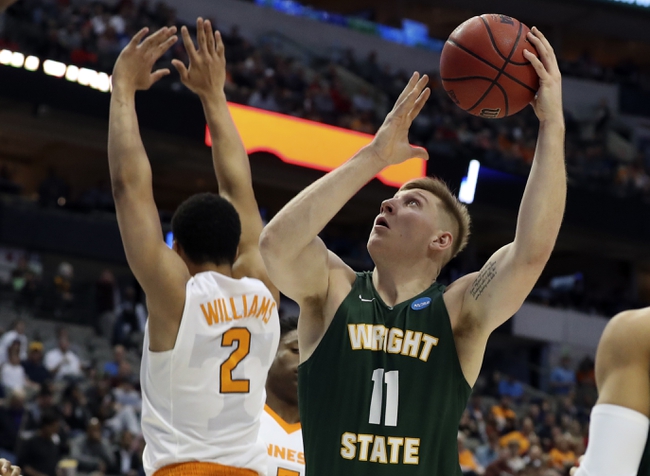 The Western Carolina Catamounts will travel to the Nutter Center to take on the Wright State Raiders this upcoming Wednesday night in College Basketball action.

The Western Carolina Catamounts finished last season with an overall record of 13-19 (8-10 Southern) and struggled down the stretch as they lost 7 of their last 10 regular season games. The Catamounts earned the 6-seed in the conference tournament but put up little fight in the quarterfinals as they were eliminated by the Furman Paladins and a 97-73 blowout. Western Carolina made a change with their head coach and hired Mark Prosser who had spend his last 6 seasons as an assistant coach at Winthrop. Prosser will have it’s work cut out for him after the Catamounts lost their top two scorers in Mike Amius (12.7 ppg, 5.6 rpg, 1.1 apg, 1.2 spg) & Deriece Parks (10.6 ppg, 3.8 rpg, 2.7 apg, 1.4 spg). For the Catamounts to have any success this season, they’ll need to find some answer on the offensive end as they finished last season ranked just 295th in scoring offense & 327th in FG%. The good news for Prosser is that he does have some experience back with Marc Gosselin (8.5 ppg, 6.5 rpg, 1.5 apg) and Matt Halvorsen (8.5 ppg, 1.1 rpg, 1.0 apg) and will hope that newcomers Carlos Dotson & DJ Myers can help contribute right away.

The Wright State Raiders had an outstanding season last year as they finished the season with an overall record of 25-10 (14-4 Horizon). The Raiders were finally able to win the Horizon League which was a major hurdle for this program however, Wright State couldn’t keep the momentum going in the NCAA Tournament as they were easily defeated by the 3-seed Tennessee Volunteers in the 1st round. Wright State and head coach Scott Nagy lost two key pieces from last year’s team in Grant Benzinger (14.3 ppg, 5.4 rpg, 1.2 apg) and Justin Mitchell (11.1 ppg, 7.1 rpg, 3.1 apg, 1.9 spg), however, the Raiders are poised to still be the team to beat in the Horizon lead by big man Loudon Love (12.9 ppg, 9.7 rpg, 1.1 apg) who is a match-up nightmare for opposing teams in the frontcourt. Also returning for the Raiders will be Mark Hughes (9.7 ppg, 3.1 rpg, 3.0 apg, 1.2 spg), Cole Gentry (9.1 ppg, 2.8 rpg, 2.6 apg, 1.4 spg), and Jaylon Hall (9.1 ppg, 2.5 rpg, 1.4 apg). Newcomers Billy Wampler (transfer from Drake) should provide some decent outside shooting for the Raiders which should pair well with a trough Raiders defense that finished last season ranked T-29th in College Basketball in scoring defense.