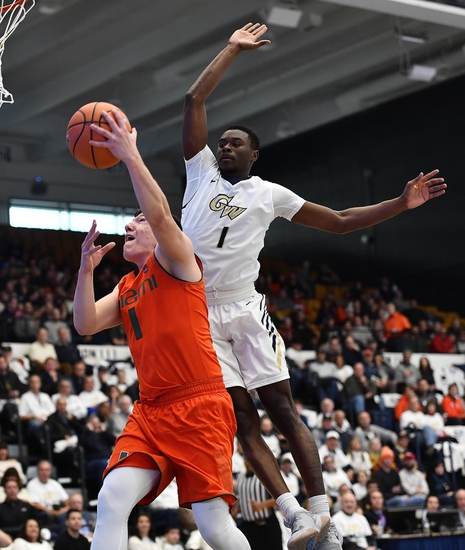 The Siena Saints will travel to the Charles E. Smith Center to take on the George Washington Colonials this Thursday night in College Basketball action.

The Siena Saints opened up their season with a 77-67 lost to the Providence Friars this past Tuesday night. Siena kept the game close early, however, the Friars created some separation with a 17-4 run late in the 1st half and the Saints couldn’t fight back after going into halftime trailing by a 50-34 margin. Siena allowed Providence to shoot 54.7% from the field and was outrebounded by the Friars by a 31-23 margin. Leading the way for the Saints was Evan Fisher who had 11 points, 6 rebounds, and 3 assists in the loss.

The George Washington Colonials didn’t have the start to their 2018-19 season and the Colonials fell to 0-1 on the season after being defeated by the Stony Brook Seawolves, 77-74 (OT), this past Tuesday. George Washington raced out to a commanding 22-0 lead out of the gates and what looked like would be an easy victory, however, Stony Brook pulled within 10-points by halftime and Akwasi Yeboah’s layup with :01 left in regulation, forced OT in which the Seawolves would go on for the victory. George Washington held Stony Brook to just 38.6% shooting from the field, however, lost the rebound margin by a 17-12 margin and committed 17 turnovers in the loss. Leading the way for the Colonials was Arnalda Toro who had a double-double with 13 points, 11 rebounds, 1 assist, 2 steals, and 3 blocks.

George Washington and Siena are both expected to struggle a bit this season however, when we look at the talent of both of these teams, it looks on the surface that George Washington has the advantage. Siena is still adjusting to a new scheme under Jamion Christian and as I expect the Colonials to bounce back in this one and win by about 10. Take the Colonials to cover.