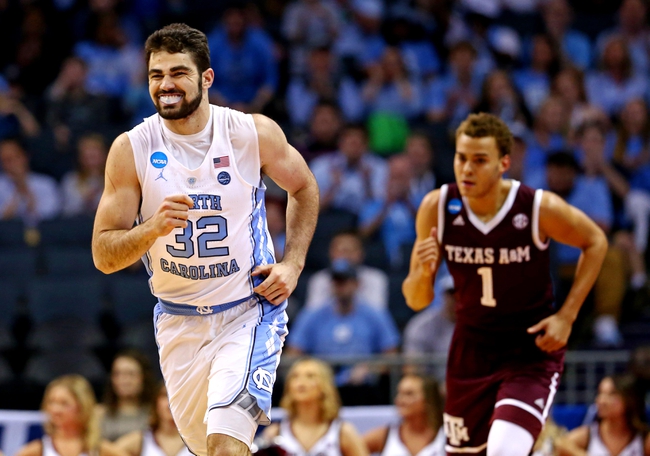 The 8th ranked North Carolina Tar Heels kicked off their season on a winning note as the Tar Heels were able to defeat the Wofford Terriers, 76-67, this past Tuesday. North Carolina, who was upset by Wofford last season on their home court, found themselves in another battle as the game with tied at 46-all midway through the 2nd half, however, used an 8-0 run to take a 62-51 lead with 6:28 remaining and held on late for the double-digit victory. Leading the way for the Tar Heels was Luke Maye who had 24 points, 7 rebounds, 4 assists while Garrison Brooks added 20 points, 5 rebounds, and a steal. North Carolina shot the ball well in the victory as they shot 49.2% from the field, 40.9% from beyond the arc, and 73.3% (11-15) from the FT line. North Carolina dominated on the boards as they outrebounded Wofford by a 35-27 margin, however, Roy Williams will need to ensure that the Tar Hells protect the ball better going forward as they committed 15 turnovers in the victory.

The Elon Phoenix opened up their season with a 62-56 victory on the road over the Manhattan Jaspers. Elon held a comfortable 32-21 lead at halftime and was able to hang out late after they allowed the Jaspers to cut their lead to a 54-51 margin with just 1:50 left in regulation. Elon shot 46.7% from the field and was outstanding on the defensive end as they held Manhattan to just 32.3% shooting from the field and 31.0% shooting from beyond the arc. Elon struggled with turnovers as the lost the turnover battle by a 18-12 margin, however, did a good job at keeping Manhattan off the FT-Line as they Jaspers attempted just 9 FT’s. Elon had three players in double scorers, which included Tyler Seibring (17 points, 8 rebounds), Dainan Swoope (14 points, 2 rebounds, 1 assist), and Steven Santa Ana (12 points, 4 rebounds, 4 assists).

North Carolina showed that they are going to miss Joel Berry II at the point-guard position as they struggled with turnovers however, there is no denying the talent level that Tar Heels have as Garrison Brooks looks like he is going to take a major step forward in his sophomore season while incoming freshman Coby White and Nassir Little looked like they will be able to contribute right away for the Tar Heels. Elon has some decent experience but this is a team that really struggled defensively last season, especially on the boards, and as I think these two areas of weakness will be exploited by the Tar Heels in this one, I’m taking North Carolina to cover this large spread.