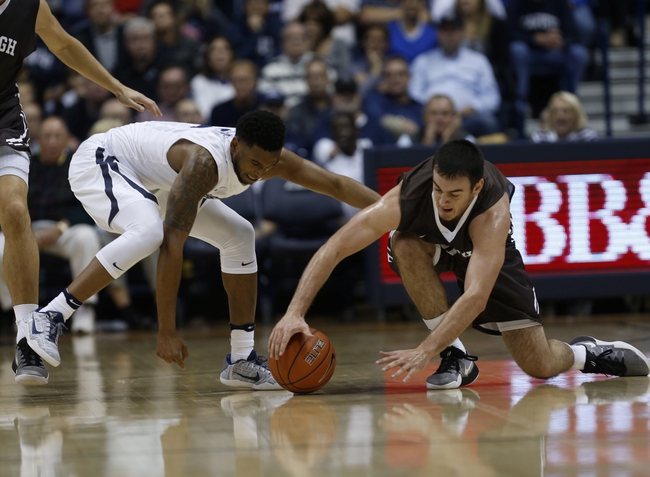 The Lehigh Mountain Hawks will travel to the Watsco Center to take on the Miami Hurricanes this Friday night in College Basketball action.

The Lehigh Mountain Hawks will look to make it 2-0 on the young season after they opened their season with an impressive 85-61 victory over the Monmouth Hawks this past Tuesday. Lehigh led by a 36-30 margin at halftime and used a strong offensive 2nd half to pull away from the Hawks and secure the victory. Lehigh shot an impressive 50.8% from the field while shooing 44.4% (12-27) from beyond the arc. The Mountain Hawks defense was equally impressive as they held Monmouth to just 33.9% shooting from the field and 19.0% (4-21) from beyond the arc. Lehigh dominated Monmouth on the boards as they outrebounded the Hawks by a 47-28 margin however, Lehigh did struggle protecting the basketball as they committed 18 turnovers in the victory. Leading the way for the Mountain Hawks was Pat Andree who had 31 points, 8 rebounds, 2 assists, & 2 steals. Jordan Cohen had a solid overall game as he had 15 points, 5 rebounds, 4 assists, 2 blocks, and a steal while Kyle Leufroy chipped in with 11 points, 9 rebounds, and 4 assists.

Lehigh is known mostly as the school the CJ McCollum went to however, you don’t want to sleep on the Mountain Hawks this season as after a bit of a down season last year, Lehigh has to be considered the Patriot League favorite heading into this season. The Mountain Hawks are a team that likes to push the ball on the offensive end and certainly has the ability to put up a bunch of points. Miami has one of the better coaches in the ACC in Jim Larranaga however, this could be a tough season for the Hurricanes as they just didn’t bring enough talent in the off season to help replace the talent that they lost. Miami should  be tough defensively however, I think offense is going to be tough find for the Hurricanes, especially when ACC play begins.

Miami is the better team however, they lost a bunch of talent and it's going to be interesting to see who steps up on the offensive end. Lehigh isn't going to winthis game however, the Mountain Hawks are one of the better offensive teams in the Patriot League and I think they'll do enough with this large amount of points to cover. Take Lehigh to cover.