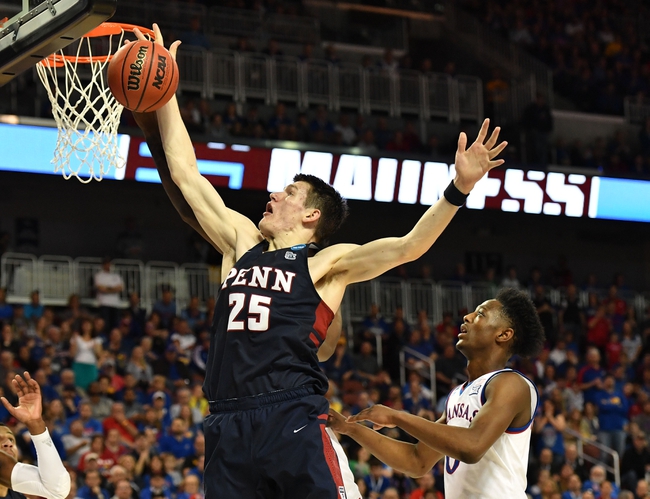 The Rice Owls will travel to The Palestra to take on the Pennsylvania Quakers this Friday night in College Basketball action.

The Rice Owls will look to go 2-0 early in the season as the Owls were able to defeat the D-II St. Leo Lions by an 80-64 margin in their season opener this past Tuesday. Rice led by a 39-31 margin at halftime and although the Lions pulled with 61-58 margin midway though the 2nd half, the Owls were able to pull away after a 13-0 run gave Rice a 74-58 lead with just 2:40 left in regulation. Rice shot 43.1% from the field however, struggled beyond the arc as they shot just 26.7% (8-30) from beyond the arc. The Owls were decent on the defensive end as they held St. Leo to 41.1% shooting from the field, 31.8% (7-22) shooting from beyond the arc, and forced the Lions in to committing 22 turnovers. Rice didn’t dominant on the boards as you with expect them too against a D-II school as they outrebounded St. Leo by just a 37-35 margin but the Owls had to be happy with their ability to get and convert at the FT-line as they shot 73.3% on 22 of 30 shooting. Leading the way for the Owls was Robert Martin who had 18 points, 6 rebounds, 2 assists, & 3 steals in 27 minutes from off the bench. Also chipping in was Jack Williams who had a double-double with 13 points & 10 rebounds.

The Pennsylvania Quakers took the first step in getting back the NCAA Tournament for the 2nd consecutive season as they opened up their season with an 72-71 upset victory agianst the George Mason Patriots. Penn was down by a 54-45 margin 12:46 left in regulation however, was able to fight back and take the lead on an AJ Brodeur FT with :20 seconds and held on for the victory after the Patriots Otis Livingston II missed a game winning jumper as time expired. Penn was outstanding on the offensive end as they shot 53.7% from the field and 40.0% (8-20) from beyond the arc. The Quakers were outrebounded by the Patriots by a 36-31 margin and although they allowed George Mason to shoot 46.7% from the field, they did hold the Patriots to just 25.0% (2-8) shooting from beyond the arc. Leading the way for the Quakers was AJ Brodeur who had a double-double with 19 points, 10 rebounds, 3 assists, 2 steals, and 2 blocks. Antonio Woods chipped in 10 points & 3 rebounds while freshman Michael Wang put up 14 points, 4 rebounds, 1 assist, & 1 steal in 18 minutes from off the bench.

It’s going to be another long season for the Rice Owls as any real talent that they had on their 7-24 team last season decided to leave the program. Rice has some talent in returning point guard Ako Adams and Robert Martin, however, unless some of the young talent/transfers can make some big time contributions, it’s going to be another rebuilding year for the Owls. Pennsylvania on the other hand is a very experienced team with an outstanding frontcourt led by AJ Brodeur & Max Rothschild who combined for 20.6 ppg & 12.9 rpg last season. Penn has one of the best pure shooters in the Ivy League in Ryan Betley and if Penn can get some solid contributions from their freshman, the Quakers will once again be one of the top teams in the Ivy League.

This is a lot points for Penn to cover, however, as they are balanced and experienced team, I think they do enough at home in this one to cover this large spread agianst a Rice team that struggled more than they should have against a D-II school in their opener. Take Penn to cover.