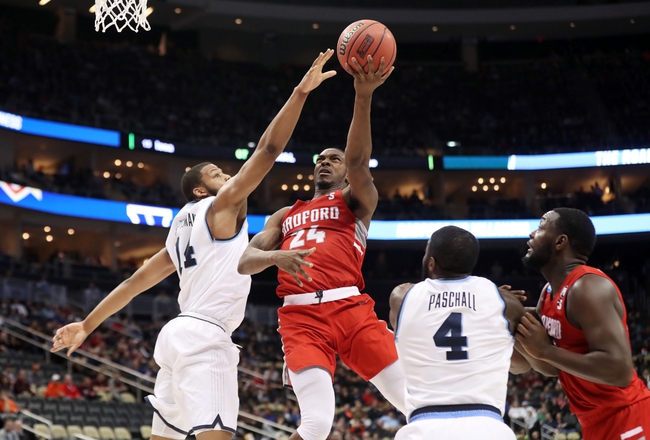 The UIC Flames will travel to the Donald N. Dedmon Center to take on the Radford Highlanders this Friday night in College Basketball action.

The UIC Flames will be looking to bounce back after they opened up their season with an 84-67 defeat at the hands of the Notre Dame Fighting Irish this past Tuesday. UIC had no answers for the Fighting Irish early in this one as Notre Dame was able to easily cruise to victory after taking a 46-23 halftime lead. UIC struggled on the offensive end as they shot just 37.5% from the field and 20.7% (6-29) from beyond the arc. The Flames defense held Notre Dame to just 35.5% shooting, however, the Fighting Irish made a living at the FT-Line as they were an incredible 36 for 38 (94.7%) from the charity stripe. The Flames were outrebounded by a 51-35 margin however, they did win the turnover battle by a 16-13 margin. Leading the way for the Flames was Marcus Ottey who had 17 points, 5 rebounds, 3 assists, and 2 steals. Tarkus Ferguson finished with 12 points, 6 rebounds, & 3 steals while Jordan Blount chipped in with 12 points, 1 assist & 2 steals.

The Radford Highlanders kicked off their 2018-19 season on a winning note after defeating the D-II Davis & Elkins Senators by a 91-57 margin this past Tuesday night. Radford has no problem taking care of business agianst the Senators and easily cruised to victory after taking a 51-29 halftime lead. Radford was outstanding on the offensive end as they shot 52.5% from the field and an even more impressive 54.5% (18-33) from beyond the arc in the victory. Radford was also solid on the defensive end as they held Davis & Elkins to just 37.7% shooting from the field and 22.2% shooting from beyond the arc. Radford outrebounded the Senators by a 38-32 margin and won the turnover battle by a 19-14 margin. Leading the way for the Highlanders was Ed Polite Jr. who had a double-double with 18 points, 12 rebounds & 3 assists. Caleb Tanner finished the game with 19 points on 6 for 9 shooting from beyond the arc while Donald Hicks had 18 points, 5 rebounds & 4 assists.

UIC made a major step forward last season and although they didn’t make life easy on themselves with kicking off this season with a matchup agianst Notre Dame, this is still a quality team that should finished strong in the Horizon League this season. UIC lose some major pieces from last year’s 20-win club in Dikembe Dixson & Tai Odiase, however, they do bring back a lot of experience in Marcus Ottey and Tarkus Ferguson. Radford came out nowhere last season to win the Big South Conference and although they won’t sneak up on anyone this season, they still should be considered the team to beat with Ed Polite Jr. & Carlik Jones returning. Radford leans on a very solid defense and work the clock for good shots on the offensive end and although it’s not the most exciting of basketball, it should produce great results of the Highlanders once again this season.

The line has yet to be released in this one however, as the Highlanders will be on their homecourt and I’m still a little skeptical of UIC’s offense without Dixon or Odiase, I’m currently leaning on taking Radford to small spread.