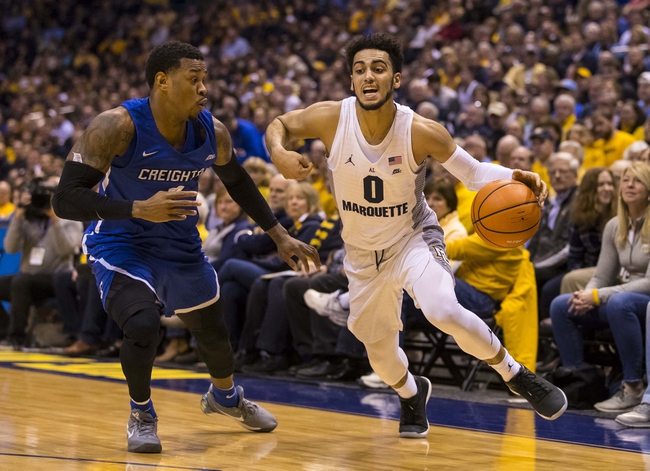 The Bethune-Cookman Wildcats will travel to Fiserv Forum to take on the Marquette Golden Eagles this Saturday afternoon in College Basketball action.

The Bethune-Cookman Wildcats will look bounce back after dropping their season opener to the DePaul Blue Devils by an 80-58 margin this past Wednesday. Bethune-Cookman was able to hang around early in this one however, DePaul created some separation to take a 43-31 lead at halftime and had no trouble securing the victory after taking a 59-41 lead with 13:40 left in regulation. Bethune-Cookman allowed DePaul to shoot 43.9% from the field while the Wildcats shot just 37.1% from the field and 20.0% from beyond the arc. Bethune-Cookman was outrebound by DePaul by a 44-34 margin and committed 14 turnovers in the loss. Leading the way for Bethune-Cookman was Isaiah Bailey who had 12 points, 3 assists, 1 rebound, 1 block, and 2 steals. Malik Maitland contributed with 11 points, 4 rebounds, and 2 steals while Cletrell Pope had 11 points 7 9 rebounds in 31 minutes from off the bench.

The Marquette Golden Eagles will look to go 2-0 on the season after they defeated the UMBC Retrievers, 67-42, in their season opener this past Tuesday. Marquette was outstanding on the defensive end throughout the game and had no trouble securing the victory after taking a 37-24 halftime lead. Marquette shot just 40.0% from the field however, held UMBC to just 22.6% shooting from the field and 21.4% shooting from beyond the arc. The Golden Eagles outrebounded the Retrievers by a 50-38 margin and won the turnover battle by a 13-11 margin. Leading the way for Marquette was Markus Howard who despite struggling from behind the arc (2-12 3PG-3PM), finished with 15 points, 8 rebounds, and 7 assists. Sam Hauser had a solid game as they had 15 points, 8 rebounds, and 1 assist while Theo John had a double-double with 11 points & 10 rebounds in 23 minutes from off the bench.

Bethune-Cookman comes into this season coming off a solid 18-14 season in which they earned a share of the regular season MEAC title finishing conference play with a 12-4 record. The Wildcats lost Branon Tabb, however, return a solid players in Isaiah Bailey, Soufi Diakite, and Shawntrez Davis and should be considered one of the favorites in the MEAC. Marquette looks poised to have a big season as they have a balance roster led by one of the best pure scorers in Markus Howard who averaged 20.4 ppg. The Golden Eagles biggest weakness is generally on the defensive end and although it was just one game, they have to be happy with the defensive effort they brought agianst UMBC in their season opener.

Bethune-Cookman is a better team than probably people will give them credit for however, there is a big difference in overall talent when it comes to comparing Big East teams and MEAC. This game has yet to be lined however, I’m initially leaning on taking the Golden Eagles to cover a big spread.