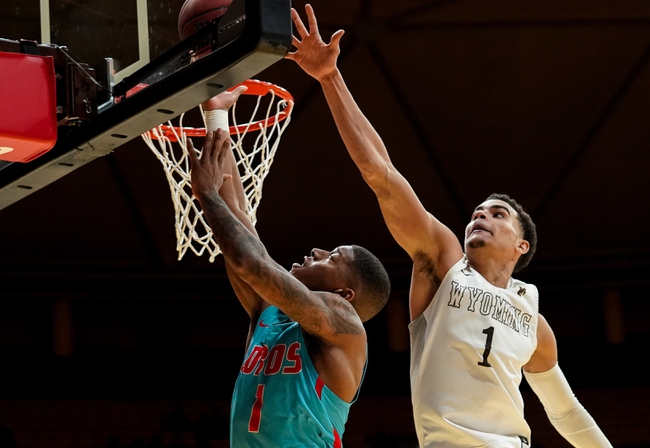 The Wyoming Cowboys will travel to Gill Coliseum to take on the Oregon State Beavers this Saturday afternoon in College basketball action.

The Wyoming Cowboys will look to bounce back after a disappointing 76-66 defeat in their season opener at the hands of the UC Santa Barbara Gauchos this past Tuesday night. Wyoming pulled within a 64-62 margin with 4:21 left in regulation, however, the offense stalled out the rest of the way and the Cowboys couldn’t fight back after a 12-1 run gave the Gauchos a 76-63 lead with just :29 seconds left in regulation. Wyoming shot just 36.2% from the field and 17.2% (5-29) from beyond the arc while allowing UC Santa Barbara to shoot 51.7% from the field. Wyoming was outrebounded by the Gauchos by a 40-29 margin however, did win the turnover battle by a 18-9 margin. Leading the way for the Cowboys was Justin James who had a double-double with 20 points, 11 rebounds, 4 assists, and a steal. Hunter Maldonado contributed with 12 points, 3 rebounds, and 2 assists while Hunter Thompson chipped in with 10 points, 2 rebounds, and a steal.

The Oregon State come into this season with some decent expectations and got their season off on the right now after defeating the UC Riverside Highlanders, 72-59, in their season opener this past Tuesday. Oregon State led by a just a 28-27 at halftime however, the Beavers were outstanding on the offensive end in the 2nd half and pulled away after a 14-0 run gave Oregon State 47-35 lead. Oregon State shot 50.8% from the field and 40.0% (4-15) from beyond the arc while holding the Highlanders to just 38.6% shooting from the field. The Beavers outrebounded UC Riverside by a 30-28 margin and committed just 7 turnovers in the victory. Leading the way for the Beavers was Tres Tinkle who had 19 points, 8 rebounds, 7 assists, 1 block and a steal. Stephen Thompson Jr. had 18 points, 5 rebounds, 3 assists & 2 seals while Ethan Thompson had a solid overall game with 17 points, 5 rebounds, 5 assists and a steal.

Wyoming has become a fast-paced team over the last couple of years under Allen Edwards and although they lost some great players in Hayden Dalton (17.7 ppg, 7.8 rpg, 2.6 apg) and Alan Herndon (11.8 ppg, 5.7 rpg, 2.0 apg), they do return one of the better players in the Mountain West in Justin James who averaged 18.9 ppg, 6.0 rpg, & 3.1 apg last season. Wyoming ranked 47th in scoring offense and 45th in 3P-FG made per game (9.2) however, the Cowboys certainly gave up a fair share of points as they ranked T-317th in scoring defense (78.7 ppg). Oregon State lost Drew Eubanks who declared for the NBA draft, however, the Beavers still return a bunch of talent led by the trio of Tres Tinkle, Stephen Thompson Jr, and Ethan Thomson. Oregon State was solid on both ends of the court last season as they ranked 122nd in scoring defense and 71st in FG%.

Oregon State has enough talent in the starting five to compete with anyone however, depth once again could be an issue for the Beavers unless some of the newcomers can make an immediate impact. Wyoming is a tough to gauge as you know they’ll be putting up a ton of shots while giving up a lot of points, however, as I think their fast-paced style of play will get Oregon State out of their comfort zone, I think Wyoming will cover with the points.