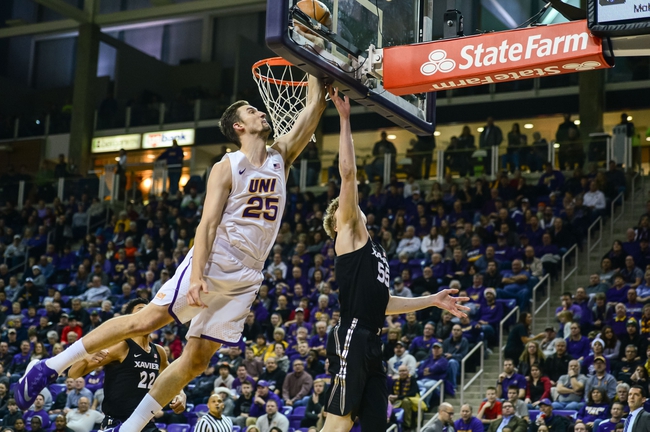 The Northern Iowa Panthers will travel to College Park Center to take on the UT-Arlington Mavericks this Saturday night in College Basketball action.

The Northern Iowa Panthers started off their season with a victory after defeating the D-II Bemidji State Beavers, 97-51, this past Tuesday. Northern Iowa came out on fire on the offensive end and had no trouble securing the victory after taking a 49-24 lead at halftime. Northern Iowa shot 44.6% from the field while holding Bemidji State to just 32.8%  from the field and 13.6% (3-22) from beyond the arc. Northern Iowa outrebounded the Beavers by a 53-31 margin while also winning the turnover battle by a 15-5 margin. Leading the way for the Panthers was Wyatt Lohaus who had 19 points, 2 assists, 1 rebound and 2 steals. Isaiah Brown went 4-5 from beyond the arc and finished the game with 16 points, 3 rebounds and an assist. AJ Green also chipped in with 16 points, 3 assists, 2 rebounds and a steal.

The UT-Arlington Mavericks had no trouble picking up their first win of the season in their season opener as they defeated the Texas-Tyler Patriots, 90-66, this past Tuesday. UT-Arlington had no trouble putting points on the board early as they went on a 21-0 run early in the 1st half and cruised to victory after going into halftime with a 51-25 lead. UT-Arlington shot 43.7% from the field and although they struggled from beyond the arc (7-28), they were solid on the FT-line as they shot 80.8 (21-26) in the victory. The Mavericks held the Patriots to just 39.3% shooting from the field and 28.1% shooting from beyond the arc. UT-Arlington outrebounded Texas-Tyler by a 42-31 margin and forced 24 turnovers in the victory. UT-Arlington’s starting five all scored in double figures and were led by Edric Dennis (20 points, 3 rebounds, 4 assists, 1 steal), David Azore (15 points, 6 rebounds, 1 assist, 1 steal), and Patrick Mwamba (13 points, 5 rebounds, 4 steals).

Northern Iowa had a disappointing 2017-18 campaign as the Panthers finished with just a 16-16 record while finishing conference play with an 7-11 record. The Panthers will have a tremendous backcourt led by AJ Green & Wyatt Lohaus who hopefully can help improve an offense that ranks just 339th in scoring offense. The Panthers are lacking a bit in the frontcourt however, they should once against be a solid defensive team as they finished last season ranked 4th in the country in scoring defense. UT-Arlington finished with 21 wins last season however, the season seemed like a disappointment as the Mavericks couldn’t capitalize on having an experienced starting five led by two great players in Kevin Hervey & Erick Neal. This is going to be a rebuilding year for the Mavericks and first year head coach Chris Ogden as the only player returning is DJ Bryant who averaged just 1.9 ppg & 1.4 rpg last season. The Mavericks will play an up-tempo style of basketball this season however, as they are quite unproven, it could be a tough year for the Mavericks.

Northern Iowa was able to defeat a much better UT-Arlington team last season at home and as that the Panthers backcourt should overwhelm the Mavericks defense, I’m taking Northern Iowa to cover this road spread.