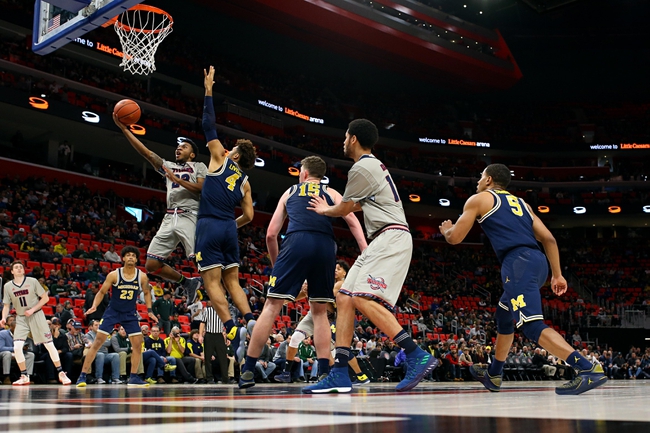 The Detroit Mercy Titans will travel to Hinkle Fieldhouse to take on the Butler Bulldogs this Monday night in College Basketball action.

The Detroit Mercy Titans fell to 0-2 on the young season after being defeated by the Temple Owls, 83-67, this past Friday night. Detroit Mercy went into halftime with a 41-37 lead, however, struggled offensively in the 2nd half and couldn’t fight back after a 17-0 Owls run gave Temple a 63-48 lead with 11:48 left in regulation. Detroit Mercy shot 48.1% from the field however, allowed the Owls to shoot 46.8% from the field and 40.7% (11-27) from beyond the arc. Detroit Mercy was outrebounded by a 38-27 margin and lost the turnover battle by a 19-17 margin.

Defensively, Detroit Mercy is allowing their opponents to average 86.0 ppg on 46.9% shooting from the field. The Titans have been really hurt on the boards in the early going as they come into this matchup with a rebound margin of -13.5.

The Butler Bulldogs opened up their 2018-19 season with a convincing 90-68 victory over the Miami-OH RedHawks this past Saturday. Butler was outstanding on the offensive end throughout the game and had no trouble pulling away in the 2nd half after the Bulldogs went into halftime with a 45-33 lead. Butler shot an incredible 60.3% from the field while holding the RedHawks to just 39.7% shooting from the field and 36.4% shooting from beyond the arc. Butler outrebounded Miami-OH by a 38-22 margin and committed just 11 turnovers in the victory. Leading the way for the Bulldogs was Kamar Baldwin who had 21 points, 4 rebounds, and 6 assists. Paul Jorgensen had a solid game as he contributed 17 points, 7 rebounds, 2 assists, and a steal while Joey Brunk chipped in with 17 points, 6 rebounds, and a block.

The Bulldogs no longer have Kelan Martin or Tyler Wideman however, they still will be a tough team to beat led by Kamar Baldwin who averaged 15.7 ppg, 4.9 rpg, 3.2 apg & 1.1 spg. Butler will be one of the more experienced teams in the Big East this season as they return Paul Jorgensen, Sean McDermott, and Aaron Thompson and as we all know, they should fundamentally sound on both ends of the court.

Detroit Mercy hired Mike Davis to start a major rebuilding project and although it’s going to a be a few years before it seems that the Titans will be competitive, Davis has to be happy that they have played hard in both road losses against Western Michigan & Temple. Butler is going to win this game, probably by a lot, however, this is just a bunch of points to give up this early in the season and although they’ll lose by double-digits, I’m taking the Titans with this large amount of points.