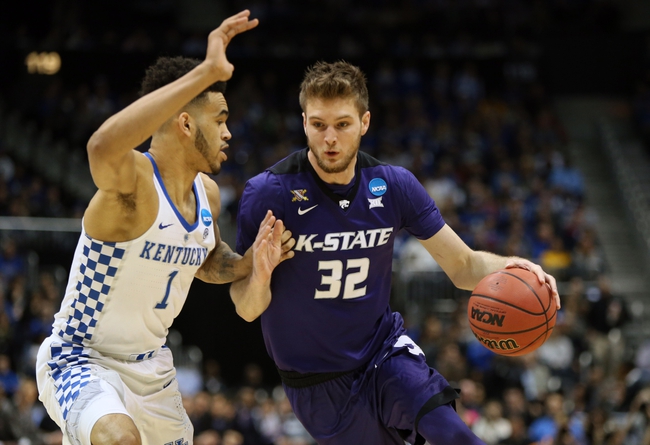 The Denver Pioneers will travel to Bramlage Coliseum to take on the 12th ranked Kansas State Wildcats this Monday night in College Basketball action.

The Denver Pioneers kicked off the 2018-19 season in winning fashion after defeating the Maine Black Bears, 63-50, this past Tuesday. Denver had their hands full with Maine as they the game was tied at 27-all at halftime, however, the Pioneers were finally able to pull away after a 12-0 run gave Denver a 50-39 lead with 7:20 left in regulation. Denver shot 41.0% from the field, including 44.0% (11-25) from beyond the arc while holding Maine to just 31.0% shooting from the field. Denver was outrebounded by Maine by a 40-37 margin however, did win the turnover battle by a 15-9 margin. Leading the way for the Pioneers was Ronnie Harrell Jr. who had a double-double with 18 points, 13 rebounds, 1 assist, and 4 blocks. Jase Townsend had 16 points, 3 rebounds, and 2 assists in 20 minutes from off the bench while Joe Rosga chipped in 7 points, 4 rebounds, 4 assists, and 2 steals.

Denver finished last season with just a 15-15 record and although they no longer have Daniel Amigo, bring back a good amount of experience and transfers to be a contender in the Summit League this season. Denver has one of the better guards in the Summit in Joe Rosga who averaged 16.1 ppg and welcomed former Creighton Blue Jay, Ronnie Harrell Jr.

The 12th ranked Kansas State Wildcats will look to make it 2-0 on the young season after defeating the Kennesaw State Owls, 56-41,  in their season opener this past Friday. In a low scoring affair, Kansas led by just a 31-27 margin at halftime, however, was able to pull away from the Owls after an 8-0 run gave Kansas State a 49-37 lead with 6:49 left in regulation. Kansas State shot 41.7% from the field while holding Kennesaw State to just 32.7% shooting from the field and 28.6% shooting from beyond the arc. Kansas State outrebounded Kennesaw State by a 42-29 margin while forcing the Owls into committing 21 turnovers in the victory. Leading the way for the Wildcats was Dean Wade who had 15 points, 8 rebounds, 3 assists, and a steal. Barry Brown Jr. contributed with 15 points, 6 rebounds, 3 assists, and 4 steals while Makol Mawien added 13 points, 7 rebounds, and an assist in 22 minutes of action.

Kansas State is poised for a big season as they return pretty much the same team we saw advance to the Elite 8 last season before falling to the Loyola-Chicago Ramblers. The Wildcats will depend on Dean Wade & Barry Brown largely on the offensive end and we should still see that outstanding defense that ranked 46th in the country last season in scoring defense.

Both Denver & Kansas State were underwhelming in their seasons openers however, I expect to see better from both teams as the season goes on. Denver is a decent team however, however, I expect them to really struggle on the offensive end on the road agianst the Wildcats and as I think Brown & Wade will be able to generate some points on the offensive end, I’m taking Kansas State to cover this double-digit home spread.