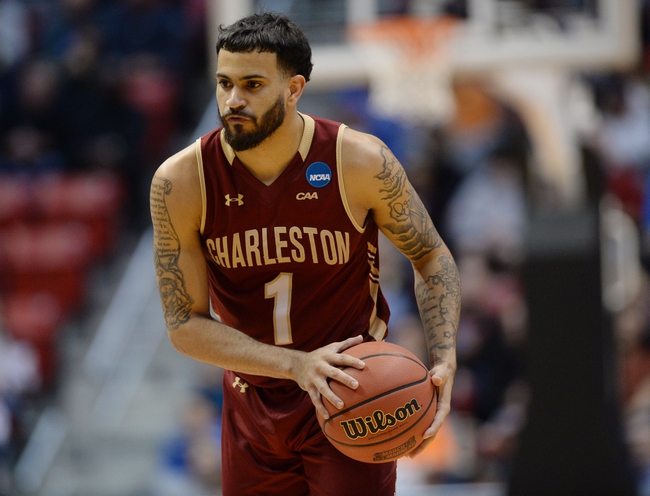 The Rhode Island Rams will travel to TD Arena to take on the Charleston Cougars this Tuesday night in College Basketball action.

The Rhode Island kicked off their 2018-19 season with a 97-63 blowout victory of the Bryant Bulldogs this past Tuesday night. Rhode Island was outstanding on both sides of the ball throughout the game and had no trouble securing the victory after taking a 30-point lead midway though the 2nd half. The Rams shot 48.6% from the field and 48.1% (13-27) from beyond the arc while holding the Bears to just 33.8% shooting from the field and 17.6% (6-34) from three-point range. Rhode Island outrebounded Bryant by a 54-42 margin and won the turnover battle by a 15-10 margin. Leading the way for the Rams was Fatts Russell who had 21 points, 3 rebounds, 3 assists, 3 steals, and a block. Jeff Dowtin had a solid stat line as he had 17 points, 7 rebounds, 9 assists, 1 steal, and a block while Christion Thompson chipped in with 14 points, 7 rebounds, 3 assists.

Rhode Island has been one of the top A-10 teams in the past few years however, but things will be a bit different for the Rams this season as they lost 4-starters from last year’s 26-8 team and no longer have Dan Hurley as the helm after he took over the head coaching duties at UConn. Dowtin (9.6 ppg, 3.1 rpg, 5.6 apg) is the lone returning starter for the Rams however, the Rams and first-year head coach David Cox do bring a bunch of young talent in Jermaine Harris, Dana Tate, and Tyrese Martin who will need to make immediate contributions for the Rams to have a successful season.

The Charleston Cougars improved to 2-0 on the young season after a comeback, 77-74, victory over the West Carolina Catamounts this past Saturday. Charleston struggled on the defensive end against the Catamounts and was down by a 9-point margin midway though the 2nd half, however, fought back to take a late lead and was able to secure the victory after Jarrell Brantley blocked the Catamounts game-tying three-point attempt in the closing seasons. Charleston shot 53.7% from the field & 33.3% (7-21) from beyond the arc while allowing Western Carolina to shoot 50.9% from the field. Charleston was outrebounded by the Catamounts by a 14-11 margin, however, did win the turnover battle by a 14-11 margin. Leading the way for the Cougars was Grant Riller who had 28 points, 2 rebounds, 3 assists, & 4 steals.

Rhode Island has some solid young talent but this a program that is rebuilding and will be nowhere as good as we’ve seen over the past few years. Charleston’s defensive performance against Western Carolina was a bit alarming, however, as they have more talent and experience than the Rams, I think that Grant Riller & Jarrell Brantley due enough to get the Cougars to cover this small home spread.