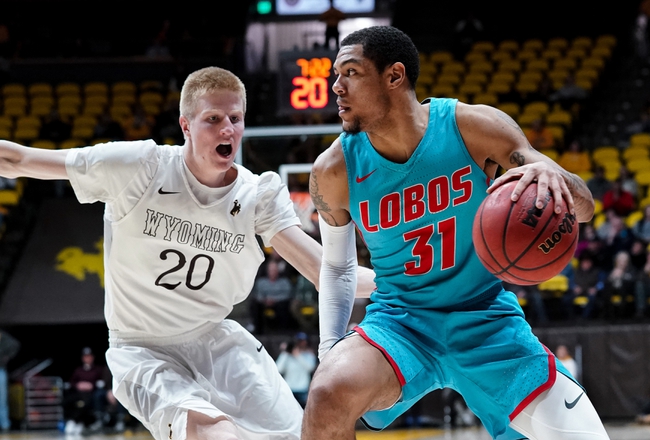 The Iona Gaels will travel to Dreamstyle Arena to take on the New Mexico Lobos this Tuesday night in College Basketball action.

The Iona Gaels kicked off their 2018-19 season with a 72-68 victory over the Albany Great Danes this past Friday. Iona got off to a slow start as they were down by as much as 15 points in the 1st half, however, the Gaels cut to deficit to a 4-point margin by halftime and was able to pull away late in the 2nd half after taking a 66-60 lead with 2:31 left in regulation. Iona shot 43.9% from the field in the victory however, allowed Albany to shoot 45.8% from beyond the arc. Iona was outrebounded by Albany by a 39-34 margin however, forced the Danes into committing 22 turnovers. Leading the way for the Gaels was E.J. Crawford who had 14 points, 5 rebounds, and a steal. Rickey McGill contributed with 12 points, 9 assists, 2 rebounds, and 2 seals while Tajuan Agee chipped in with 10 points, 6 rebounds, 3 steals, and an assist.

The Gaels have been the team to beat in the MAAC as they’ve earned the automatic NCAA bid each of the last three years and although they lost a bunch of talent, they still have Ricky McGill who will be one of the best players in the MAAC. Iona likes to push the pace and I’m sure we expect more of the same from the Gaels  this season.

The New Mexico Lobos had all they could handle in their season openers against the CSU Northridge Matadors, however, starting their season on a winning note after picking up an 87-84 victor this past Tuesday. In a tight back and forth game, New Mexico secured the victory in dramatic fashion as Anthony Mathis was able to bank in a three-pointer as time expired. New Mexico shot 51.9% from the field and 42.3% from beyond the arc in the victory. The Lobos allowed the Matadors to keep it close as they were outrebounded by a 41-36 margin and committed 20 turnovers in the victory. Leading the way for the Lobos was Corey Manigault who had 16 points, 5 rebounds, 1 assist, and a block. Makuach Maluach had 15 points, 2 rebounds, 2 steals, and an assist while Anthony Mathis chipped in with 12 points, 3 assists, and a rebound.

New Mexico lost 4 of their 5 top scorers from last year’s team that really came together at the end of the season and almost won the Mountain West Championship, however, the outlook for the Lobos still is decent as head coach Paul Weir has brought in a solid amount of talent, even after with losing JaQuan Lyle for the season due to injury. New Mexico will have some great size and if Vance Jackson and a few of the other newcomers can provide some offense, this will be a competitive team.

Iona is going to be a good MAAC team however, I wasn’t that impressed with their performance agianst an Albany team that lost all their talent from the year before and as I just think there is more talent, size, and athleticism on the Lobos side, I’m taking New Mexico to cover this spread at home.