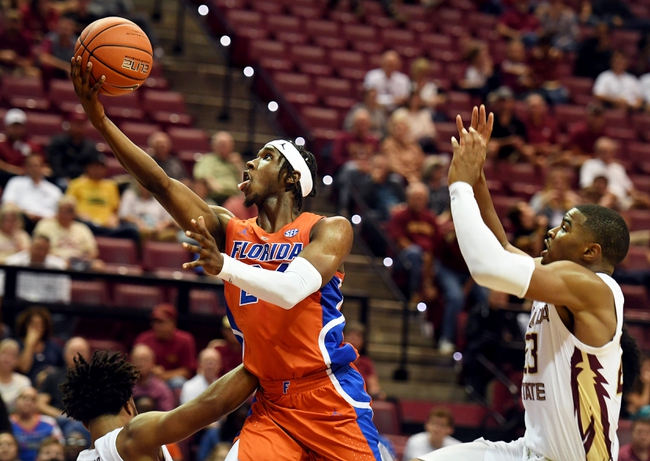 The La Salle Explorers dropped to 0-2 on the young season after being defeated by the Lafayette Leopards, 77-76, this past Saturday. In a tight back and forth game, Lafayette was able to take the late lead on a 3-point play with just 10 seconds left in regulation and the Explorers game-winning attempt by Pookie Powell game up short as time expired. La Salle struggled from the floor as they shot just 37.7% from the field and 35.5% from beyond the arc while the Explorers allowed Lafayette to shoot 47.2% from the field. La Salle was able to keep it close as they won the turnover battle by a 17-7 margin, however, they were outrebounded by a 42-30 margin. Leading the way for the Explorers was Pookie Powell who had 26 points, 6 rebounds, 3 assists, and a steal.

The Florida Gators bounced back after their tough season opening loss to Florida State to improve to 1-1 on the season after defeating the Charleston Southern Buccaneers, 76-46, this past Friday. Florida was outstanding on the defensive end throughout the entire game and had no trouble securing the victory after taking a 36-20 halftime lead. Florida shot 46.4% from the field while holding the Buccaneers to just 25.5% shooting from the field and 17.9% shooting from beyond the arc. Florida was outrebounded by a 39-38 margin however, won the turnover battle by a 19-8 margin. Leading the way for the Gators was KeVaughn Allen who had 14 points on 6-11 shooting while also chipping in with 2 rebounds, 2 assists, and 5 steals.

La Salle has a solid backcourt with Pookie Powell & Traci Carter however, it’s going to be hard for the La Salle to find success this season as they just lack shooting and just don’t have an impact player in the frontcourt. Florida lost two key pieces from last year’s 21-13 team in Chris Chiozza & Egor Koulachev, however, this is still a very dangerous team as they return Judson & Wright and have a talented freshman point guard in Andrew Nembhard who has looked good in his first two college games. The opening season loss to Florida State was disappointing, however, the Gators have talent on both ends of the floor and as I think their defense is going to give an already poor shooting team in La Salle trouble, I’m taking the Gators to win big and cover this spread.