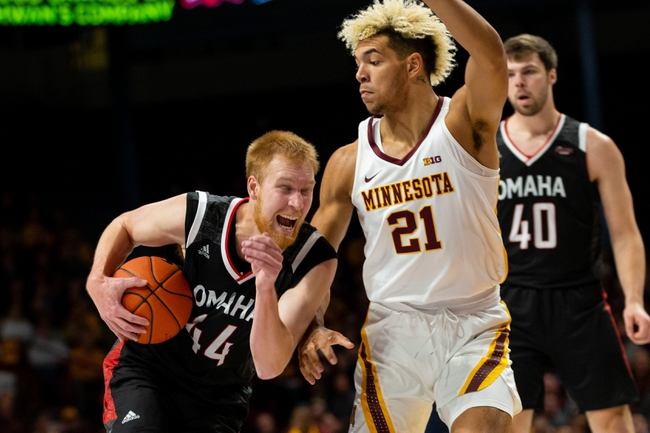 The Northern Arizona Lumberjacks will travel to Baxter Arena to take on the Omaha Mavericks this Wednesday night in College Basketball action.

The Omaha Mavericks bounced back from their season opening loss to Minnesota to defeat the D-III Buena Vista Beavers, 94-58, this past Friday to improve to 1-1 on the young season. Omaha had more of a game then they expected as they went into halftime tied at 44-all, however, the Mavericks dominated on both ends of the court in the 2nd half and pulled away after a 20-3 run gave Omaha a 68-52 lead midway through the 2nd half. Omaha shot 55.7% from the field and 36.8% from beyond the arc while holding Benua Vista to 41.8% shooting from the field. Omaha won the rebound battle by a 38-24 margin and forced the Beavers into committing 22 turnovers in the victory. Leading the way for the Mavericks was Zach Johnson who had 23 points, 4 rebounds, 4 assists, and 3 steals.

If you like offense, you should be able to see plenty of it in this matchup as the both Northern Arizona and Omaha are not known for their defensive abilities. As much as it is concerning that Omaha allowed Buena Vista to even hang around in their last game, the Mavericks have far more talent on the court with Zach Johnson & Mitchell Hahn and as I feel the Mavericks will be able to put up 90+ points in this one, I think they’ll do enough to win by double-digits and cover this spread. Take Omaha to cover.