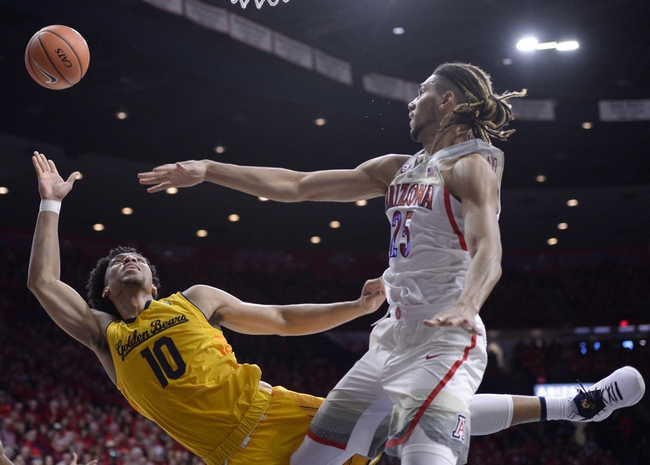 The Detroit Mercy Titans will travel to Haas Pavilion to take on the California Golden Bears this Thursday night in College Basketball action.

The Detroit Mercy Titans are still searching for the first victory of the season as the Titans fell to 0-3 on the season after being defeated by the Butler Bulldogs, 84-63, this past Monday. Detroit Mercy had no answers on either end of the court for the Butler Bulldogs and couldn’t fight back after falling behind by a 40-22 margin by halftime. Detroit Mercy shot 44.2% from the field and 37.5% from beyond the arc while allowing Butler to shoot 51.8% from the field. The Titans struggled with turnovers as they lost the turnover battle by a 18-13 margin in the loss. Leading the way for the Titans was Antoine Davis who had 20 points, 4 rebounds, and 2 assists.

The California Golden Bears improved to 1-1 on the young season after defeating the Hampton Pirates, 80-66, this past Tuesday. California was outstanding offensively throughout the game and pulled away after an 8-0 run gave the Golden Bears a 69-55 lead with 4:48 left in regulation. California shot 50.0% from the field and 57.1% (8-14) from beyond the arc while holding Hampton to just 31.0% shooting from the field. California was outrebounded by a 44-37 margin however, committed just 10 turnovers in the victory. The Golden Bears has their starting five all score in double digits led by Paris Austin who had 20 points, 4 rebounds, 5 assists, 2 blocks, and a steal.

Detroit Mercy is a team that going to struggle however, they actually don’t matchup that bad agianst a California team that finished last season with just an 8-24 record and certainly lack size in the frontcourt. California is the more balanced team, however, I think the Detroit Mercy offense will find some more success on the offensive end that they did agianst Butler & Temple and will do just enough to cover with the double-digit points. Take Detroit Mercy and the points.