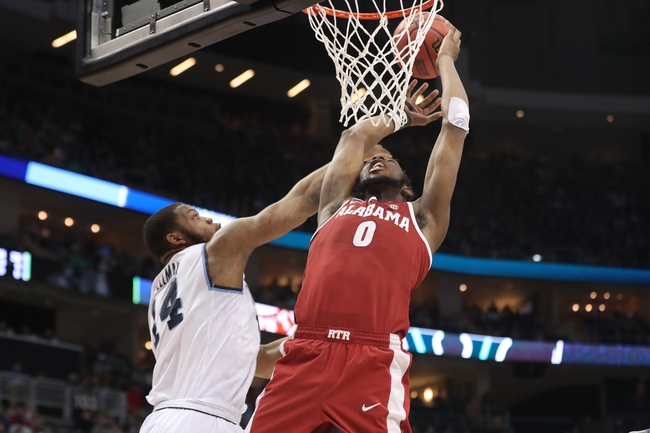 The Alabama Crimson Tide & Northeastern Huskies will face off this Thursday afternoon at TD Arena in the Charleston Classic.

The Alabama Crimson Tide improved to 2-0 on the young season after defeating the Appalachian State Mountaineers, 81-73, this past Sunday. Alabama struggled defensively agianst the Mountaineers however, was able to pull away for the victory after a 10-0 Crimson Tide run gave Alabama a 64-57 lead with 7:32 left in regulation. Alabama won despite shooting just 38.5% from the field while allowing Appalachian State to shoot 49.0% from the field & 60.0% from beyond the arc. Alabama won the rebound battle by 45-39 margin and forced the Mountaineers into committing 22 turnovers in the victory. Leading the way for the Crimson Tide was Kira Lewis Jr. who had 21 points, 4 rebounds, and an assist.

The Northeastern Huskies improved to 1-1 on the season after defeating the Harvard Crimson, 81-71, this past Friday night. Northeastern was outstanding on the offensive end against a very good Harvard team and pulled away late after a 7-0 run gave the Huskies a 74-64 lead with :51 seconds left in regulation. Northeastern shot 52.2% from the field and 56.5% (13-23) from beyond the arc in the victory. Northeastern won the rebound margin by a 28-22 margin however, did lose the turnover battle by a 16-14 margin in the loss. Leading the way for the Huskies was Jordan Roland who had 35 points (7-10 3PM-3PA), 3 rebounds, 2 assists, and a steal in 30 minutes from off the bench.

Alabama is a solid team that has done a nice job on boards early in the season, however, they are going to have a game against a very talented Northeastern team that can shot the lights out of any gym. Northeastern is going to have a hard time matching up with the size and athleticism of the Crimson Tide, however, the one-two punch of Vasa Pusica & Jordan Roland should be able to put up plenty of points against the Crimson Tide defensive that struggled against Appalachian State and I think the Huskies at worse, cover with the points.