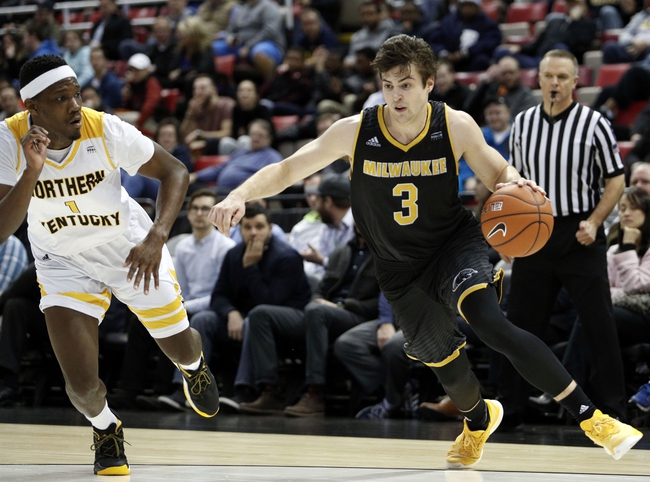 The Milwaukee Panthers will travel to Fifth Third Arena to take on the Cincinnati Bearcats this Friday night in College Basketball action.

The Milwaukee Panthers are still searching for their first win of the season as the Panthers fell to 0-3 on the season after being defeated by the FIU Golden Panthers, 86-83, this past Tuesday. In a tight back and forth game in the 2nd half, FIU was able to take the lead late on a three-point play by the Golden Panthers Osasurnwen Osaghae and the Panthers game-tying three-point attempt by Darius Roy came up shot as time expired. Milwaukee shot 45.7% from the field and 33.3% from beyond the arc in the loss. The Panthers won the rebound margin by a 22-14 margin however, lost the turnover battle by a 22-14 margin. Leading the way for the Panthers was DeAndre Abram who had a double-double with 11 points, 15 rebounds, 3 blocks, and a steal.

The Cincinnati Bearcats improved to 1-1 on the season after defeating the North Carolina Central Eagles, 73-51, this past Tuesday. Cincinnati was outstanding on both ends of the court and had no trouble securing the victory after taking a 34-19 lead at halftime. Cincinnati shot 58.5% from the field while holding North Carolina Central to just 36.2% shooting from the field. The Bearcats outrebounded the Eagles by a 31-26 margin and won the turnover battle by a 15-13 margin. Leading the way for the Bearcats was Keith Williams who had 15 points, 4 rebounds, 3 assists, 3 blocks, and 2 steals.

Milwaukee is still searching for their first win of the season however, it’s not surprising that we’re seeing some early season struggle from the Panthers as they are with an entirely new starting five coming into this season. Cincinnati will also have a new look this season as although they return Jarron Cumberland & Justin Jenifer and should be decent agianst on the defensive end, it’s going to be interesting to see if they have enough scoring to compete against the better teams in the country. Cincinnati should have no problem winning this game and although I’m a bit nervous about Milwaukee’s ability to put points up on the board against a defense like the Bearcats, I just don’t think Cincinnati has enough offense in which they cover this large of a spread. I’m taking Milwaukee and the points.