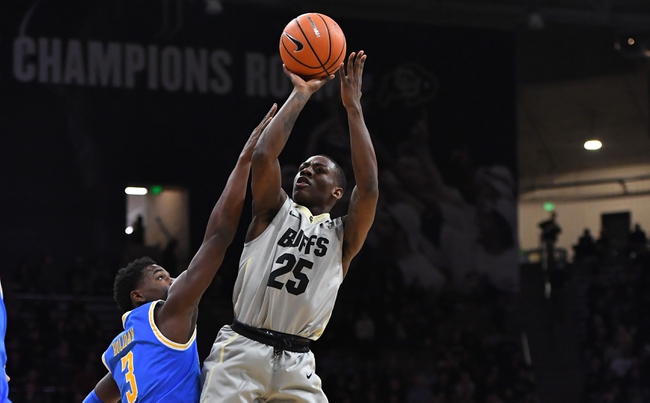 The Omaha Mavericks will travel to the CU Events Center to take on the Colorado Buffaloes this Friday night in College Basketball action.

The Omaha Mavericks dropped to 1-2 on the season after being defeated by the Northern Arizona Lumberjacks, 76-66, this past Wednesday. Omaha fought back from an early double-digit deficit in the 1st half to go into halftime trailing by just a 32-31 margin, however, couldn’t fight back after an 8-0 Lumberjacks run gave Northern Arizona a 52-42 lead midway through the 2nd half. Omaha allowed Northern Arizona to shoot 42.2% from the field while the Mavericks shot just 40.9% from the field and 21.9% from beyond the arc. Omaha was outrebounded by a 42-33 margin and committed 13 turnovers in the loss. Leading the way for the Mavericks was Matt Pile who had a double-double with 10 points, 11 rebounds, 3 assists, and a block.

The Colorado Buffaloes opened up their 2018-19 season with an impressive 100-71 victory over the Drake Bulldogs this past Tuesday. Colorado dominated from on both ends of the court and had no trouble securing the victory after taking a 57-37 lead with 16:12 left in regulation. Colorado shot 58.9% from the field and 45.5% from beyond the arc while holding Drake to just 38.7% shooting from the field. Colorado outrebounded Drake by a 44-29 margin and committed just 12 turnovers in the loss. Leading the way for the Buffaloes was Namon Wright who had 25 points, 8 rebounds, and a steal in 29 minutes from off the bench.

Colorado is a bit of a wild-card in the Pac-12 this season as Buffaloes return some key pieces from a team that finished 17-15 with quality wins over Arizona, Utah, and UCLA. Colorado will miss George King (12.9 ppg, 7.8 rpg), but return some solid talent let by McKinley Wright IV (14.2 ppg, 4.7 rpg, 5.5 apg, 1.0 spg) and Namon Wright (9.7 ppg, 3.5 rpg, 1.1 apg). Colorado will have that Tyler Bey & Lucas Siewert can take on bigger roles this season and will hope that freshman Evan Battey & Shane Gatling can make an immediate impact for the Buffaloes.

Omaha is coming off a 9-22 season in which they really struggled on the defensive end as they ended last season ranked 343rd in scoring defense & 331st in defensive FG% and based on their early season results, it looks like it could be another long year for Omaha on the defensive end. Colorado has a lot of young talent and although they play a Drake team projected to be one of the worst teams in the MVC this season, it’s still encouraging to see the Buffaloes offense put up 100 points. Omaha hasn’t been able to show that they can score as well as we’ve seen in the past few years and as I think Colorado can have similar success against the Omaha defense as they did against Drake’s, I’m taking the Buffaloes to cover this large spread.