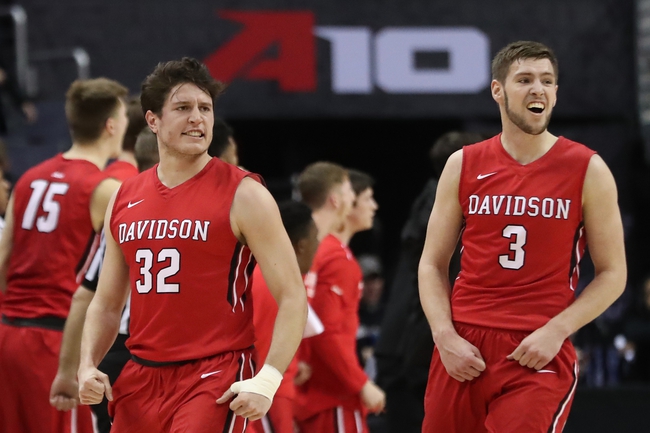 The 23rd ranked Purdue Boilermakers and Davidson Wildcats will face off in the semifinals of the Charleston Classic at TD Arena this Friday night.

The 23rd ranked Purdue Boilermakers improved to 3-0 on the season after defeating the Appalachian State Mountaineers, 92-70, last night. Purdue had a sizable lead through the game in this one and easily secured the victory after taking a 46-32 halftime lead. Purdue shot 54.5% from the field and 41.9% from beyond the arc in the victory. The Boilermakers outrebounded the Mountaineers by a 36-32 margin and won the turnover battle by a 15-12 margin. Leading the way for the for the Boilermakers was Carsen Edwards who had 25 points, 3 rebounds, 3 assists, and a steal.

The Davidson Wildcats remained undefeated on the season, improving to 3-0 on the young season, after defeating the Wichita State Shockers, 57-53, last night. Davidson was down by double-digits early in the 2nd half, however, was able to fight back into the game thanks to their defense and took the lead for good after an 8-0 run gave Davidson a 55-50 lead with just :12 seconds left in regulation. Davidson shot just 36.5% from the field however held the Shockers to just 30.8% shooting from the field and 26.7% shooting from beyond the arc. Davidson was outrebounded by Wichita State by a 44-35 margin and committed 13 turnovers in the victory. Leading the way for the Wildcats was Jon Axel Gudmundsson who had 33 points, 8 rebounds, 3 assists, and a steal.

Purdue lost a bunch of talent from last year’s 30-win team however, the one starter that returned is Carsen Edwards who is one of the best players in the country. Purdue still has some size underneath but this team however, Edwards is going to be main option in every offensive position and the Boilermakers will need to hope that some of returning players can help take a bigger role in the offense. Davidson lost Peyton Aldridge however, return two outstanding players in Kellan Grady & Jon Axel Gudmundsson that should have the Wildcats, who are one of the most fundamentally sound teams in the country, be the team to beat in the A-10 this season. This game has yet to be lined, however, as the Wildcats should be able to battle Purdue on the boards and have a few scorers to help cancel out the damage that Edwards will most likely do, I’m initially leaning on taking Davidson and the few points I’m expecting them to get.

Update (12:49 PM) - Davidson is getting enough points that I'm sticking with my orignal thoughts from yesterday. Take Davidson and the points.