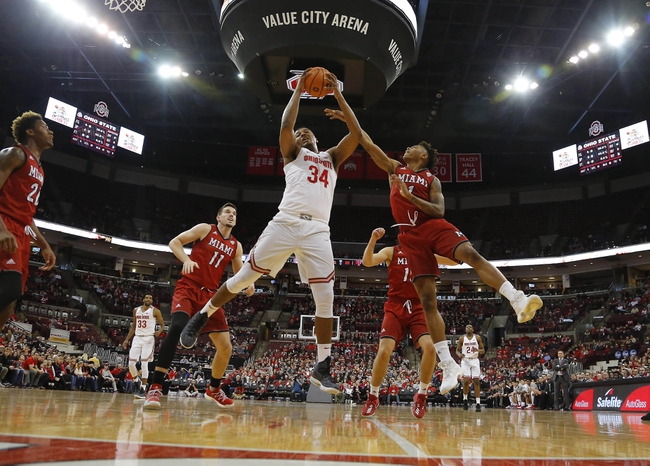 The North Dakota State Bison and Miami (OH) Redhawks will face this Friday afternoon at Kendal Isaacs Gymnasium in the Islands of the Bahamas Showcase.

The Miami (OH) Redhawks bounced back from their 90-68 season opening loss to Butler to defeat the NAIA Midway Eagles, 92-42, and improve to 1-1 on the season. Miami (OH) dominated the overmatched Eagles on both ends of the court and had no trouble securing the victory after taking a 47-24 halftime lead. Miami (OH) shot 56.3% from the field while holding Midway to just 26.2% shooting from the field and 16.1% shooting from beyond the arc. The Redhawks outrebounded the Eagles by a 44-34 margin and forced Midway into committing 21 turnovers in the victory. Leading the way for the Redhawks was Nike Sibande who had 19 points, 7 rebounds, and 2 blocks.

North Dakota State is a decent team however, they lost a lot of offense from last year’s team and currently look as if they are going to rely on defense and three-point shooting to win ball games. Miami (OH) doesn’t have a bunch of depth but the duo of Sibande & Brown is going to give the Bison trouble and as I wasn’t impressed with how the Bison shot in their only road game so far this season, I’m taking Miami (OH) to cover this small spread.