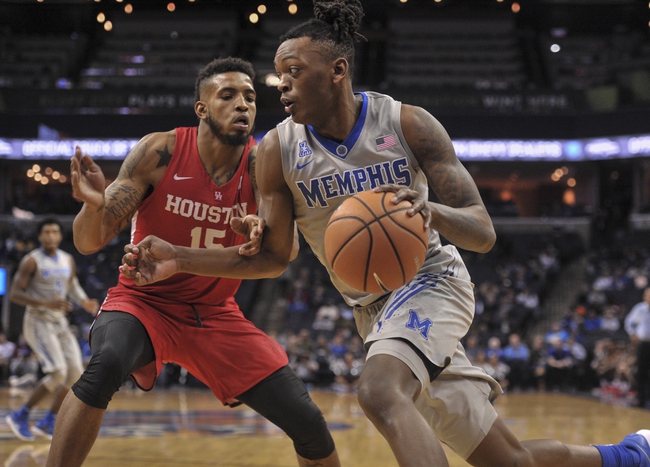 The Yale Bulldogs will travel to FedExForum to take on the Memphis Tigers this Saturday night in College Basketball action.

The Yale Bulldogs opened up their season in winning fashion as they easily defeated the California Golden Bears by a 76-59 margin on November 9th. Yale was outstanding on the defensive end against the Golden Bears and had no trouble securing the victory after a 15-0 Bulldogs run gave Yale a 23-9 lead with 5:54 left in regulation. Yale shot 48.1% from the field & 42.9% from beyond the arc while holding California to just 35.3% shooting from the field. The Bulldogs outrebounded California by a 38-33 margin however, did lose the turnover battle by a 19-16 margin in the victory. Leading the way for the Bulldogs was Azar Swain who had 16 points, 6 rebounds, and 4 assists in 23 minutes from off the bench.

Yale has been one of the more consistent programs in the Ivy Leagues over the last few seasons and the Bulldogs are primed against to have a successful season as all five of their starters from last year’s 16-15 (9-5 Ivy League) team are back this season. Leading the charge for the Bulldogs will be Miye Oni (15.1 ppg, 6.0 rpg, 3.6 apg), Alex Copeland (11.2 ppg, 2.5 rpg, 2.7 apg, 1.1 spg), and Blake Reynolds (10.7 ppg, 5.5 rpg, 2.4 rpg). Yale is a solid offensive team as they ranked 86th in FG% however, if they are going to beat Harvard or Penn in the Ivy League, they’ll need to improve a defense that ranked just 213th in scoring defense last season.

The Memphis Tigers fell to 1-1 on the season after falling to the 22nd ranked LSU Tigers, 85-76, this past Tuesday. Memphis found back from a 9-point deficit at halftime to take a 54-52 lead in the 2nd half, however, LSU went on an ensuring 12-1 run to take a 64-55 lead in which the Tigers couldn’t fight back from. Memphis shot 40.6% from the field and 33.3% shooting from beyond the arc while allowing LSU to shoot 54.0% from the field. The Tigers were outrebounded by LSU by a 37-32 margin and committed 14 turnovers in the loss. Leading the way for the Tigers was Tyler Harris who had 20 points & 2 rebounds in 30 minutes of action.

I think Yale is a very good team, however, I don’t think they matchup well with a Memphis team that young and athletic. Memphis has some decent experience with Davenport & Martin to go along with two outstanding young players in Tyler Harris & Alex Lomax and as the Tigers have done a nice job creating turnovers, I think Memphis pulls away in the 2nd half and covers this spread.