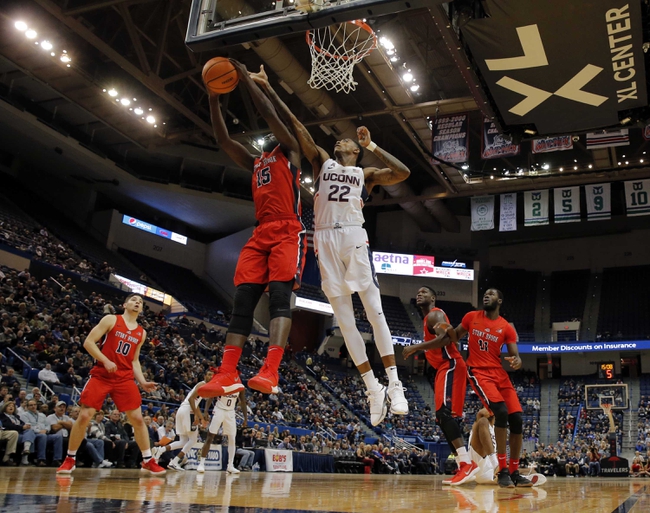 The Stony Brook Seawolves and Norfolk State Spartans will face off in the Consolation Game of the Springfield Bracket of the Air Force Reserve Tip-Off Tournament this Saturday Night at Mohegan Sun Arena.

The Stony Brook Seawolves fell suffered their first loss of the season, dropping to 2-1 on the year, after falling to the Holy Cross Crusaders, 84-70, last night. Stony Brook trailed by a 43-36 margin at halftime and couldn’t fight back after a 14-3 run for the Seawolves to the start of the 2nd half gave Holy Cross a 57-39 lead with 12:54 left in regulation. Stony Brook shot just 39.3% from the field and 28.6% from beyond the arc while allowing Holy Cross to shoot 50.0% shooting from the field. Stony Brook outrebounded Holy Cross by a 36-28 margin however, lost the turnover battle by a 12-6 margin. Leading the way for the Seawolves was Akwasi Yeboah who had 20 points, 5 rebounds, and a block.

The Norfolk State Spartans lost their 2nd straight game and dropped to 2-3 on the season after falling to the Siena Saints, 61-58, in the first round of the Air Force Reserve Tip-Off Tournament. Norfolk State led by a 31-26 at halftime and couldn’t fight back after an 8-0 Saints run gave Norfolk State a 54-47 lead with 8:17 left in regulation. Norfolk State struggled offensively as they shot just 39.3% from the field and 16.7% from beyond the arc. Norfolk State outrebounded Siena by a 35-26 margin and committed 9 turnovers in the loss. Leading the way for the Spartans was Jordan Butler who had 13 points, 9 rebounds, 1 assist, and a block.

Norfolk State returned their two top scorers from a team that went 11-5 in MEAC play last season, however, the Spartans have struggled on the offensive end in their three losses this season (Michigan, South Carolina, Siena) as they have averaged just 51.3 ppg in those losses. Stony Brook had a disappointing loss to Holy Cross, however, this is a talented team that beat the same South Carolina team that beat Norfolk State by a 17 points and my initial thoughts is to take Stony Brook in a game that they should be favored by about 4-6 points. Check back for an update when the line is released.