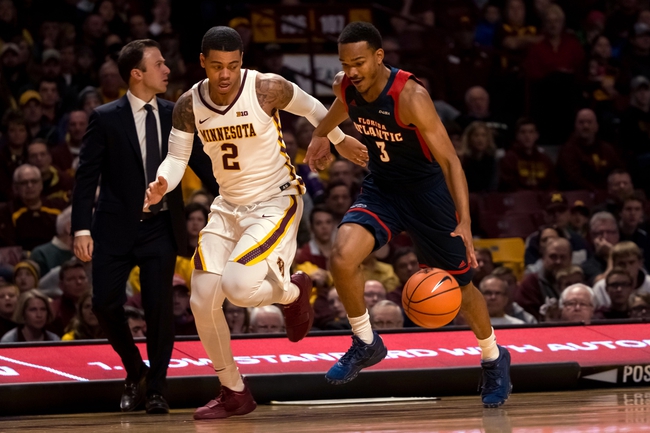 The FAU Owls and the Towson Tigers will face off this Saturday afternoon in The Islands of the Bahamas Showcase at Kendal Isaacs Gymnasium.

The FAU Owls dropped to 2-1 on the season after being defeated by the Georgia Southern Eagles, 80-70, in the first round of the Islands of the Bahamas Showcase on Friday. The Owls fought back late in the 2nd half to make it a 4-point game with just 5 minutes left in regulation, however, couldn’t fight back after an ensuing 10-0 run by the Eagles gave Georgia Southern the lead for good. FAU shot just 35.3% from the field and 28.6% from beyond the arc while allowing Georgia Southern to 50.0% shooting from the field. FAU lost the rebound margin by a 40-36 margin while committing 16 turnovers in the loss. Leading the way for the Owls was Jailyn Ingram who had 25 points, 9 rebounds, 2 assists, and a block.

The Towson Tigers dropped to 1-2 on the season after being defeated by the Pepperdine Waves, 74-65, last night in the first round of the Islands of the Bahamas Showcase. Towson struggled on the offensive end throughout the game and couldn’t fight back after Pepperdine took a double-digit lead late in the 2nd half. Towson shot just 39.3% from the field and 18.8% shooting from beyond the arc while allowing Pepperdine to shoot 45.1% from the field and 42.1% from three-point range. Towson outrebounded Pepperdine by a 39-24 margin however, committed 25 turnovers in the loss. Leading the way for the Tigers was Brian Fobbs who had 11 points, 9 rebounds, 2 assists, and 2 steals.

FAU is currently in rebuilding mode however, it’s hard to ignore their impressive victory on the road against the UCF Knights last Sunday. Towson has been a solid team in the CAA over the past few seasons, but it’s going to be a struggle for the Tigers this year as they lost their top six scorers from last year’s squad and certainly didn’t look great on the offensive end against a Pepperdine team that ranked 316th in scoring defense & 339th in defensive FG% last season. I’m not sure exactly where this line is going to end up when it’s released however, my initial thoughts is that I’m going to go with FAU even if they are favored by a mid-range spread.