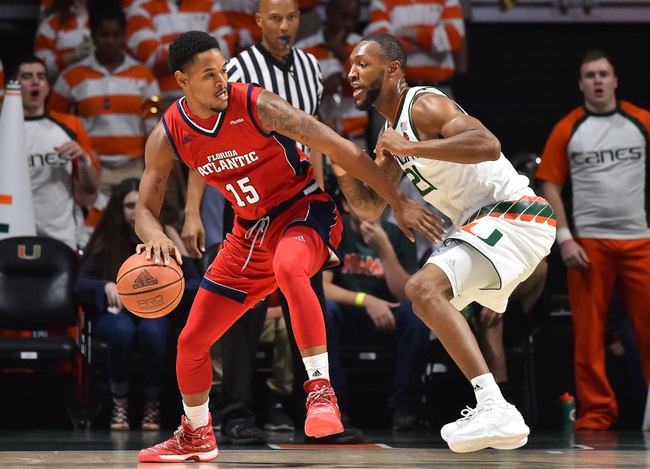 The Incarnate Word Cardinals and FAU Owls will face off in a consolation game of the Islands of the Bahamas Showcase this Sunday afternoon at Kendal Isaacs Gymnasium.

The Incarnate Word Cardinals improved to 4-2 on the season after defeating the North Dakota State Bison, 80-78 (OT), yesterday morning. Incarnate Word fought back from a 15-point 2nd half deficit to force OT and was able to pull off the win after a Morgan Taylor jumper gave the Cardinals the lead for good with :26 seconds left in OT. Incarnate Word shot 53.8% from the field and 41.7% from beyond the arc in the victory. The Cardinals outrebounded North Dakota State by a 26-21 margin and forced the Bison into committing 19 turnovers. Leading the way for the Cardinals was Morgan Taylor who had 24 points, 5 rebounds, 2 steals, and an assist.

The FAU Owls improved to 3-1 on the season after defeating the Towson Tigers, 85-71, yesterday afternoon. FAU was outstanding on the offensive end against the Tigers and pulled away after a 9-0 run gave the Owls a 60-45 lead with 10:49 remaining in the 2nd half. FAU shot 50.8% from the field and 34.5% from beyond the arc in the victory. The Owls rebounded the Tigers by a 40-26 margin and committed just 9 turnovers in the win. Leading the way for the Owls was Jailyn Ingram who had a double-double with 20 points, 10 rebounds, 3 assists, and a steal.

Incarnate Word had an encouraging win against North Dakota State, however, this is still a team that can really struggle scoring the basketball as they rank just 322nd in scoring defense, 349th in three-pointers made per game, and 319th in 3P-FG%. FAU has had a solid start to their season, highlighted with a solid 80-79 win on the road vs. UCF, and as the Owls shouldn’t have any problems putting up points in this one, I’m taking FAU to cover this large spread.