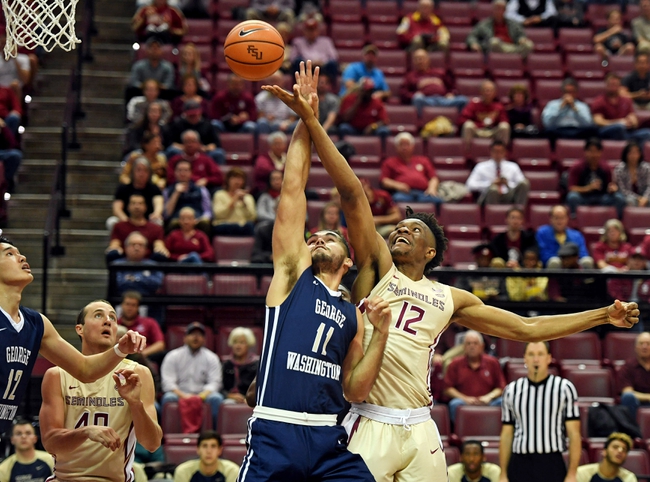 The South Carolina Gamecocks and George Washington Colonials will face off at Mohegan Sun Arena this Sunday afternoon in the consolation game of 2018 Air Force Reserve Tip-Off Tournament.

The South Carolina Gamecocks fell to 2-2 on the season after being defeated by the Providence Friars, 76-67, yesterday afternoon. South Carolina held a 35-27 lead at halftime, however, struggled defensively in the 2nd half and couldn’t fight back after a 9-0 Friars run gave providence a 65-54 lead with 5:14 left in the 2nd half. South Carolina shot 40.3% from the field and 24.0% from beyond the arc in the loss. The Gamecocks were outrebounded by a 39-38 margin and forced on 12 turnovers. Leading the way for the Gamecocks was Hassani Gravett who had 14 points, 7 rebounds, 2 steals, and an assist.

South Carolina looks like it could be in for a long season as although they have gotten some decent production from A.J. Lawson, the Gamecocks look as if they are struggle on the offensive end this season. George Washington has had to play Virginia & Michigan which doesn’t help the early season numbers and similar to the South Carolina, has had a lot of roster turnover and currently looks like they are in rebuilding mode this season. It’s tough to side with the Colonials in this one however, I don’t really trust the Gamecocks being able to put up a ton of points, as I expect George Washington to be getting a good number of points in this one, I’m initially leaning on taking the Colonials.

Update (9:25 AM) - This is actually more points than I was expecting so I'm sticking with George Washington in this one.