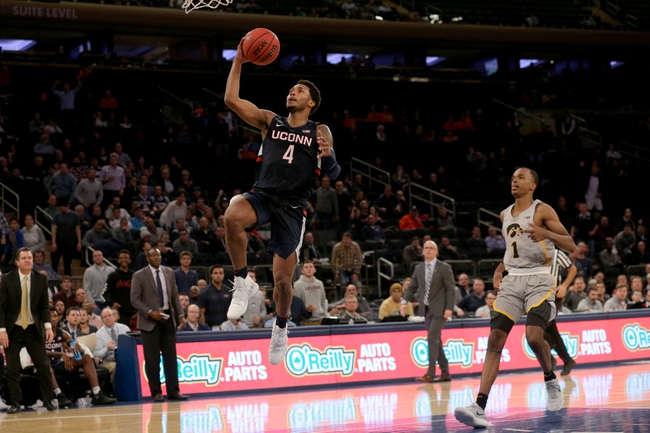 The Cornell Big Red Will travel to the XL Center to take on the UConn Huskies this Tuesday night in College Basketball action.

The Cornell Big Red snapped their 2-game losing streak and improved to 3-2 on the season after defeating the NJIT Highlanders, 86-73, this past Saturday. Cornell was unstoppable on the offensive end and had no trouble securing the win after going into halftime with a 40-29 lead. Cornell shot 64.0% from the field and 45.0% from beyond the arc in the victory. Cornell outrebounded NJIT by a 32-22 margin however, did lose the turnover battle by a 14-6 margin in the win. Leading the way for the Big Red was Matt Morgan who had 34 points, 7 rebounds, 2 assists, and a block.

The UConn Huskies suffered their first loss of the season, dropping to 1-3 on the season, after getting defeated by Iowa Hawkeyes, 91-72, in the finals of the 2K Classic Championship this past Friday. UConn had no answers on the defensive end for the Iowa Hawkeyes and couldn’t fight back after Iowa took a 51-31 lead with 17:32 left in regulation. UConn was outrebounded by Iowa by a 43-31 margin and committed 15 turnovers in the loss. Leading the way for the Huskies was Jalen Adams who had 20 points, 2 rebounds, 2 assists, and 1 steal.

Cornell has one of the best players in the in the Ivy League in Matt Morgan, however, outside of Jimmy Boeheim, the Big Red have very little depth and have struggled defensively as they rank just 216th in defensive FG% and T-231st in turnover margin. UConn didn’t play well agianst Iowa, but the early results have been good for the Huskies & Dan Hurley as they picked up a big win agianst Syracuse and have been outstanding on the offensive end as they rank in the top-100 in both scoring offense & FG%. UConn has a lot of talent, led by Jaylen Adams, and as Cornell lost by 16+ points to both Cornell and Delaware this season, I think UConn will be able to do enough at home to cover this spread.