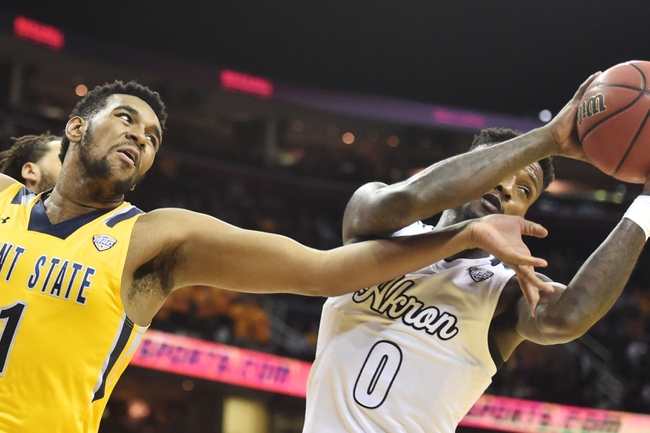 The Akron Zips and Illinois State Redbirds will face off at John Gray Gymnasium in the Cayman Islands Classic this Tuesday morning.

The Akron Zips lost their first game of the season, dropping to 3-1 on the year, after being defeated by the 16th ranked Clemson Tigers, 72-69, yesterday morning. The Zips played the Tigers tough and trailed by just a 4-point margin with under 3 minutes left in regulation, however, allowed the Tigers to pull away for the win after a 7-0 Clemson run gave them a 70-59 lead with just :40 seconds left. Akron shot 43.4% from the field and 37.9% from beyond the arc, however, allowed Clemson to shoot 49.0% from the field. Akron was outrebounded by a 37-28 margin and lost the turnover battle by a 15-1 margin. Leading the way for the Zips was Loren Cristian Jackson who had 25 points, 4 rebounds, and 3 assists.

The Illinois State Redbirds fell to 2-2 on the young season after falling to the Georgia Bulldogs, 80-68, in the first round of the Cayman Island Classic yesterday afternoon. Illinois State struggled on the offensive end against the Bulldogs and couldn’t fight back after a Georgia took a 67-42 lead with 11:12 left in regulation. Illinois State was outrebounded by Georgia by a 43-36 margin and committed 14 turnovers in the loss. Leading the way for the Redbirds was Milik Yarbrough who had 20 points, 8 rebounds, 4 assists, 1 block, and a steal.

Akron looked good in their first real test of the season against Clemson and poised to have a good season as they returned two great players in Utomi & Ivey and brought in a bunch of transfers who have made an immediate impact. Illinois State should be a solid team this season as they returned their top three scorers, including Milik Yarbrough, however, the defense has struggled as although hey are creating some turnovers, they rank just T-285th in scoring defense. I think these teams are pretty equal when it comes to talent level, however, I just liked how the Zips have been playing on the defensive end as they even gave Clemson some trouble, and as I think Akron has it covered here given the light number.