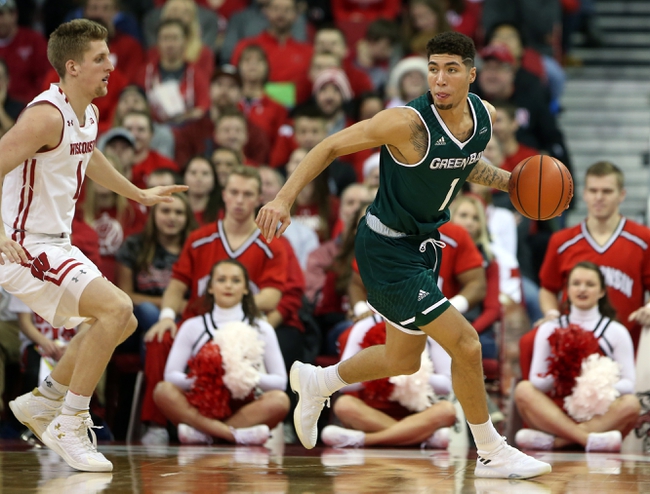 The Green Bay Phoenix will travel to Matthew Knight Arena to take on the 21st ranked Oregon Ducks this Tuesday night in College Basketball action.

The Green Bay Phoenix won their 2nd straight game and improved to 3-2 on the season after defeating the Morehead State Eagles, 87-70, this past Saturday. Green Bay was outstanding from three-point range and had no trouble securing the win after taking a 63-46 lead 9:05 left in regulation. Green Bay shot 49.3% from the field and 52.0% from beyond the arc while holding Morehead State to just 35.8% from the field. Green Bay was outrebounded by the Eagles by a 41-40 margin however, committed just 9 turnovers in the victory. Leading the way for the Phoenix was JayQuan McCloud who had 23 poitns, 4 rebounds, and 3 assists in 27 minutes from off the bench.

The 21st ranked Oregon Ducks improved to 3-1 on the season after defeating the 15th ranked Syracuse Orange, 80-65, this past Friday. Oregon was stellar on the defensive end against the Orange and had no trouble picking up the win after taking a 62-46 lead with 8:10 left in regulation. Oregon shot 50.0% from the field while holding Syracuse to 35.3% shooting from the field and 17.9% shooting from beyond the arc. Oregon outrebounded Syracuse by a 35-28 margin and forced the Orange into committing 17 turnovers in the win. Leading the way for the Ducks was Bol Bol who had 26 points, 9 rebounds, 4 blocks, 3 steals, and an assist.

Oregon bounced back with a nice win against Syracuse after losing to Iowa and has to be excited about this season with the additional of Bol Bol in the lineup who has been absolutely dominant so far this season. Green Bay picked up only 13 wins last season however, the Phoenix have a solid one-two punch in Sandy Cohen III & JayQuan McCloud and has been solid on the offensive end this season as they rank t-39th in scoring offense and t-58th in assists per game. Playing at Matthew Knight Arena is always a challenge however, Green Bay played the same Iowa team that just beat Oregon tough on the road this season (93-82 loss) and as they’ve been solid ATS on the road, I think Phoenix will do enough to cover with this many points. Take Green Bay and the points.