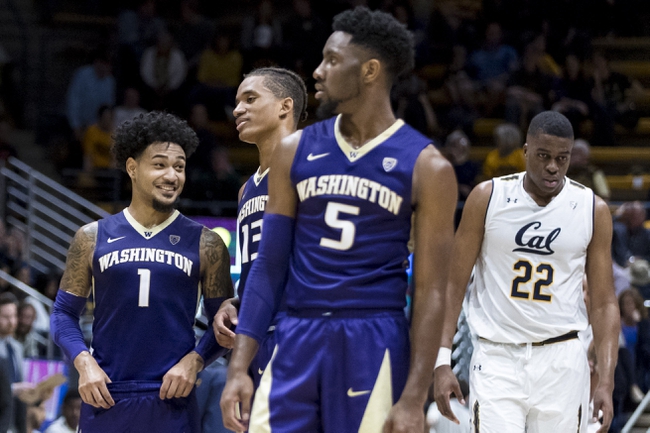 The Texas A&M Aggies and Washington Huskies will face off at the Vancouver Convention Centre this Tuesday night in the TCL Vancouver Showcase.

The Texas A&M Aggies lost their 3rd straight game and dropped to 1-3 on the season after being defeated by the Minnesota Gophers, 69-64, this past Saturday. Texas A&M fought back after trailing by a 36-26 margin at halftime to take a late 64-63 lead, however, the offensive stalled out the rest of way, allowing the Gophers to pick up the won. Texas A&M struggled from beyond the arc, shooting just 20.0%, and allowed Minnesota to shoot 42.3% from the field and 38.9% from beyond the arc. The Aggies were outrebounded by a 40-35 margin and committed 15 turnovers in the loss. Leading the way for the Aggies was Brandon Mahan who had 17 points, 4 rebounds, 3 steals, and an assist.

The Washington Huskies won their 2nd straight game and improved to 3-1 on the season after defeating the Santa Clara Broncos, 82-68, this past Sunday. Washington led by a 42-32 margin at halftime and led by as much as 19 points early in the 2nd half in the victory. Washington outrebounded Santa Clara by a 35-29 margin and forced the Broncos into committing 15 turnovers. Washington shot 48.0% from the field and 40.0% from beyond the arc in the victory. Leading the way for the Huskies was Jaylen Nowell who had 32 points, 4 rebounds, 2 assists, and 2 steals.

It’s been a tough start to the season for the Texas A&M as the Aggies are certainly no longer a defensive first team and have really missed Admon Gilder who has been out all season due to health issues. The Aggies are more of a guard-oriented team and have really struggled defensively as they rank just 295th in scoring defense. Washington is coming off a solid 21 win season and although they had a poor game against Auburn on the road earlier this season, this should be a solid Huskies team as they returned their entire starting five from last year’s squad. Washington has done a great job creating turnovers so far this season and as I think their defense will give Texas A&M some trouble, I’m taking Washington to cover this small spread.