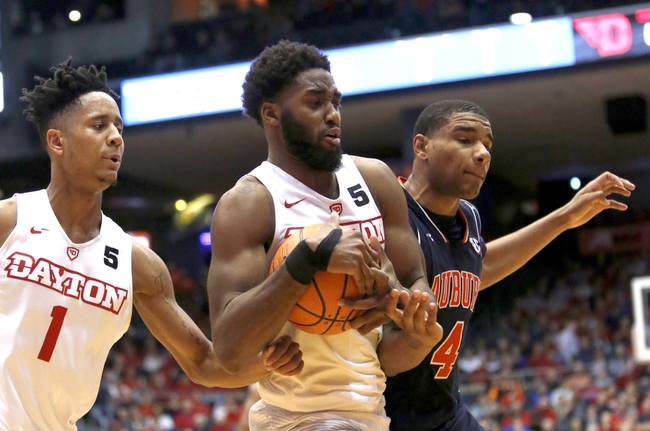 The Dayton Flyers and Butler Bulldogs will face off at Imperial Arena in the 1st round of the Bad Boy Mowers Battle 4 Atlantis this Wednesday night.

The Dayton Flyers improved to 3-0 on the season after defeating the Purdue Fort Wayne Mastodons, 91-80, this past Friday night. In a game that saw both teams have a bunch of success on the offensive end, Dayton was able to pull away late in the 2nd half after a 13-5 Flyers run gave Dayton an 82-73 lead with 6:14 left in regulation. Dayton shot 60.7% from the field and 35.0% from beyond the arc in the victory. The Flyers outrebounded the Mastodons by a 38-22 margin and committed just 13 turnovers in the win. Leading the way for the Flyers was Josh Cunningham who had 20 points, 8 rebounds, and 1 assist.

Defensively, Dayton is holding their opponents to an average of 65.3 ppg on 41.9% shooting from the field. The Flyers have a rebound margin of 7.7 and a turnover margin of 3.0.

The Butler Bulldogs stayed perfect on the young season, improving to 3-0 on the year, after defeating the Ole Miss Rebels, 83-76, this past Friday. Butler had their hands full with Ole Miss at Hinkle Fieldhouse as the Bulldogs found themselves down by 66-61 margin in the 2nd half, however, Kamar Baldwin came up huge offensively for the Butler down the stretch and the Bulldogs were able to pull way for the victory after taking a 79-70 lead with just 1:14 left in regulation. Butler shot 46.3% from the field and 43.5% from beyond the arc in the victory. The Bulldogs were outrebounded by a 31-28 margin however, won the turnover battle by a 15-10 margin. Leading the way for the Bulldogs was Paul Jorgensen who had 27 points, 4 rebounds, 2 assists, and 2 steals.

Defensively, Butler is holding their opponents to an average of 69.0 ppg on 43.3% shooting from the field. The Bulldogs have a rebound margin of 4.3 and a turnover margin of 1.41.

Dayton has gotten off to a nice start of their season and unlike last year, has shown incredible depth as the Flyers come into this game with six players averaging at least 12.0 ppg on the season. Dayton struggled last season, however, their young players got some solid experience and with Josh Cunningham & Ryan Mikesell healthy along with the addition of Obi Toppin, this Flyers team could be tougher than expected this season. Butler has an incredible one-two punch in Kamar Bladwin & Paul Jorgensen and has been solid on the offensive side of the court as they come into this game ranked 47th in scoring offense and 11th in FG%. Butler is the better team, however, I think Dayton has enough talent and size to give the Bulldogs some trouble in this one and as Josh Cunningham looked completely healthy in his first game of the season last Friday, I think the Flyers do enough in this one to cover with the points.