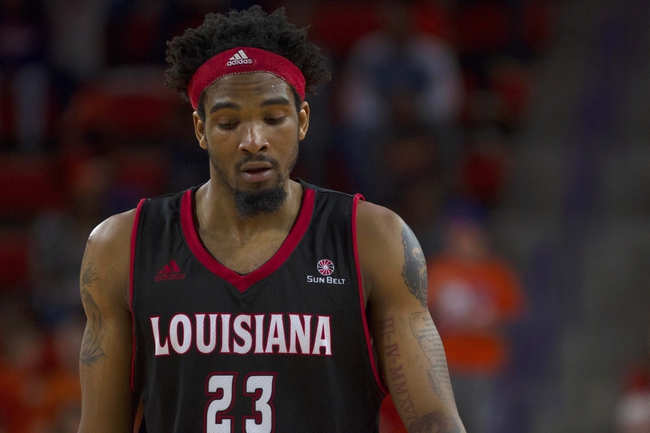 The Tulane Green Wave had their 2-game winning streak snapped and dropped to 2-2 on the young season after being defeated by the UC Irvine Anteaters, 67-55, last night in the semifinals of the Gulf Coast Showcase. Tulane struggled defensively agianst UC Irvine and couldn’t fight back after the Anteaters used an 13-1 run to take a 49-37 lead early in the 2nd half. Tulane allowed UC Irvine to shoot 42.9% from the field while the Green Wave shot just 33.9% from the field and 25.0% from beyond the arc. The Green Wave was outrebounded by the Anteaters by a 46-37 margin and forced 11 turnovers in the loss. Leading the way for the Green Wave was Caleb Daniels who had 14 points, 3 rebounds, 5 assists, and 1 block.

Defensively, Tulane was allowing their opponents to average 78.7 ppg on 44.1% from the field. The Green Wave have a rebound margin of -1.3 and a turnover margin of -2.0.

The Louisiana Ragin’ Cajuns dropped to 2-3 on the season after being defeated by the Toledo Rockets, 77-64, last night in the semifinals of the Gulf Coast Showcase. Louisiana struggled on both end s of the court against the Rockets and couldn’t fight back after a 13-0 Toledo run gave the Rockets a 73-53 lead with 3:46 left in regulation. Louisiana shot just 36.1% from the field and 18.2% from beyond the arc while allowing Toledo to shoot 52.7% from the field. The Ragin’ Cajuns were outrebounded by a 44-31 margin however, did win the turnover battle by a 17-5 margin in the loss. Leading the way for the Ragin’ Cajuns was JaKeenan Gant who had 16 points, 9 rebounds, and a block.

Defensively, Louisiana was allowing their opponents to average 82.3 ppg on 46.6% shooting from the field. The Ragin’ Cajuns had a rebound margin of -4.8 and a turnover margin of 2.5.

Tulane has some players led by Samir Sehic and Caleb Daniels, however, this is a team that really doesn’t have much star power and could be in for a long season if they don’t improve a defense that is currently ranked 280th in scoring defense, T-304th in steals per game, and 225th in defensive FG%. Louisiana struggled offensively against the Rockets, however, this is a decent team that should once again should be able to put up points on the board led by JaKeenan Gant. Louisiana had an off shooting night against Toledo, however, I think they’ll bounce back against what I believe is a less than average Tulane team. The line has yet to be released, however, I’m initially leaning towards taking the Ragin’ Cajuns as I think they’ll win this one by double-digits.

Update (10:08 AM) - This line is actually not as high as I expexted and I'm going to stick with my inital thoughts of taking the Ragin's Cajuns! Good Luck