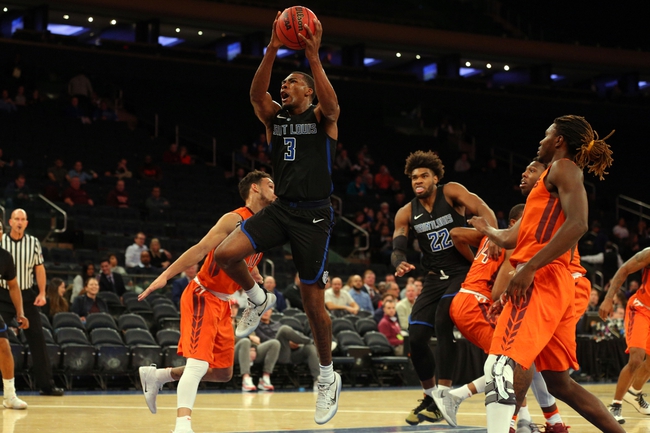 Defensively, Saint Louis is holding their opponents to an average of 61.3 ppg on 37.8% shooting from the field. The Billikens have a rebound margin of 4.3 and a turnover margin of -0.8.

The Pittsburgh Panthers improved to 5-0 on the young season after defeating the North Alabama Lions, 71-66, this past Saturday. Pittsburgh had a bigger challenge than expected against North Alabama, who is a new D-I program this season, as the Panthers needed to fight back from a 33-29 halftime deficit to secure the victory. Pittsburgh shot 38.8% from the field and just 16.7% from beyond the arc while allowing North Alabama to shoot 40.0 from the field. The Panthers were outrebounded by a 38-35 margin however, did won the turnover battle by a 15-8 margin in the win. Leading the way for the Panthers was Xavier Johnson who had 23 points, 4 rebounds, and 3 assists.

Defensively, Pittsburgh is holding their opponents to an average of 64.0 ppg on 36.1% shooting from the field. The Panthers have a rebound margin of 4.8 and a turnover margin of 3.6.

Travis Ford and the Billikens are expected to take a huge step forward this season as with a solid mix of returning veterans (Javon Bass, Jordan Goodwin) and solid group of transfers (Tamaine Isabell, Dion Wiley), the Billikens are expected to be one of the better teams in the A-10 this season. Pittsburgh hired Jeff Capel in the offseason to start what is expected to be a long rebuild for the Panthers as although the Panthers have gotten off to a nice start, Pittsburgh really hasn’t played much in terms of competition and should be expected to struggle against teams that can match their athleticism and defense. Both of these teams have played solid defensive, however, I just think St. Louis is the more polished team here and I think the Billikens do enough in this one to cover the small spread.