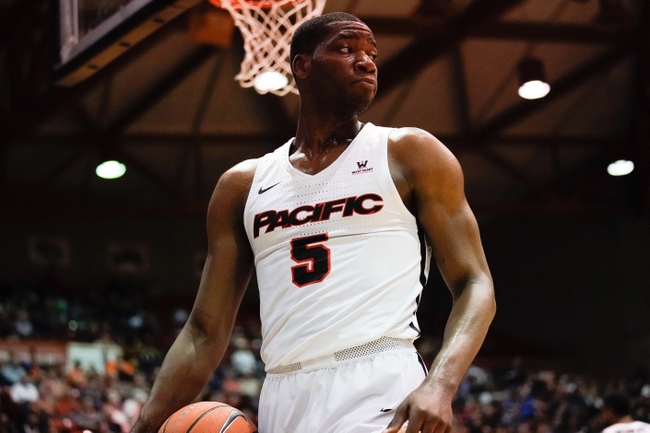 The UC Riverside Highlanders will travel to the Alex G. Spanos Center to take on the Pacific Tigers this Thursday afternoon in College Basketball action.

The UC Riverside Highlanders picked up their first win of the season, improving to 1-3 on the year, after defeating the NAIA California Merced Bobcats, 63-53, this past Saturday. UC Riverside was solid on the offensive end in the victory however, had more than a battle than they expected agianst the Bobcats, as they didn’t pull away for the win until a 6-0 run gave them a 61-50 lead with 1:22 left in regulation. UC Riverside shot 50.0% from the field while holding California Merced to just 37.5% from the field and 18.2% from beyond the arc. The Highlanders outrebounded the Bobcats by a 36-24 margin however, did commit 17 turnovers in the win. Leading the way for the Highlanders was Jordan Gilliam who had 13 points, 6 rebounds, and 4 assists.

Defensively, UC Riverside is allowing their opponents to average 67.0 ppg on 45.4% shooting from the field. The Highlanders have a rebound margin of -0.5 and a turnover margin of -7.3.

The Pacific Tigers dropped to 3-2 on the season after being defeated by the UNLV Rebels, 96-70, this past Tuesday. Pacific had no answers on the defensive end for the Rebels and couldn’t fight back after UNLV went into halftime with a 49-32 lead. Pacific shot 44.2% from the field while allowing UNLV to shoot 62.1% from the field and 40.7% shooting from beyond the arc. Pacific was outrebounded by UNLV by a 35-25 margin and lost the turnover battle by a 14-11 margin. Leading the way for the Tigers was Anthony Townes who had 12 points, 2 rebounds, 2 assists, and a steal.

Defensively, Pacific is allowing their opponents to average 77.2 ppg on 46.4% shooting from the field. The Tigers have a rebound margin of 6.2 and a turnover margin of -4.0.

It’s been a tough start to the David Patrick era for UC Riverside as the Highlanders have struggled offensively and recently had trouble picking up their first win of the season agianst a NAIA team that I have never heard of. UC Riverside rank just 335th in scoring offense, 340th in turnover margin, and 249th in FG%. Pacific has picked up a few wins on the road this season, even if it was against less than average competition, however, the offensive has been decent as they rank 181st in scoring offense, 64th in 3P-FG%, and 77th in FT%. Pacific is a team that generally plays solid at home as they were competitive agianst the WCC best last season, and as I just can’t trust the Highlanders as they’ve really struggled to start the season, I’m taking Pacific to cover his large spread.