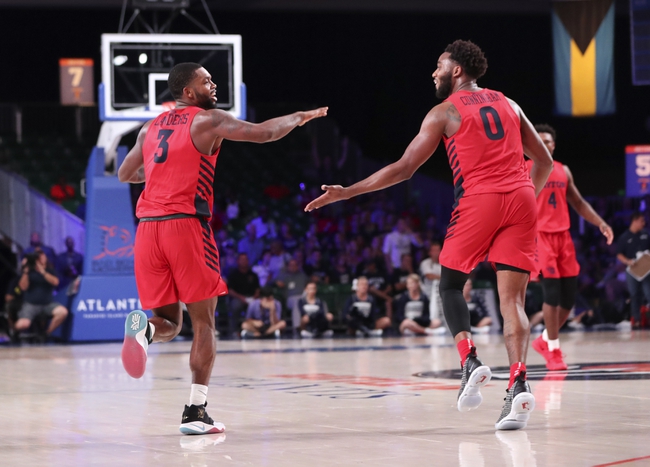 The 4th ranked Virginia Cavaliers & Dayton Flyers will square off this Thursday afternoon in the semifinals of the Bad Boy Mowers Battle 4 Atlantis at Imperial Arena.

The 4th ranked Virginia Cavaliers improved to 4-0 on the season after defeating the Middle Tennessee Blue Raiders, 74-52, on Wednesday night. Virginia’s defense was once agianst too much for their opponent and the Cavaliers had no issue securing the victory after taking a 55-38 lead with 10:34 left in regulation. Virginia shot 46.4% from the field while holding Middle Tennessee State to just 39.2% shooting from the field and 23.1% shooting from beyond the arc. The Cavaliers outrebounded the Blue Raiders by a 38-26 margin and won the turnover battle by a 15-13 margin. Leading the way for the Cavaliers was De’Andre Hunter who had 15 points, 8 rebounds, 9 assists, 1 block, and a steal.

Defensively, Virginia was holding their opponents to an average of 46.3 ppg on 34.8% shooting from the field. The Cavaliers have a rebound margin of 6.7 and a turnover margin of 8.7.

The Dayton Flyers remained undefeated on the young season, improving to 4-0 on the year, after upsetting the Butler Bulldogs, 69-64, on Wednesday night. Dayton was outstanding offensively agianst the Bulldogs and was able to hang on late for the victory after taking a 53-29 lead with 7:36 left in regulation. Dayton shot 54.3% from the field and 35.7% from beyond the arc in the victory. The Flyers pulled down 34 rebounds against the Bulldogs however, did lose the turnover battle by a 16-10 margin in the win. Leading the way for the Flyers was Jalen Crutcher who had 20 points, 5 rebounds, and 3 assists.

Defensively, Dayton was allowing their opponents to average 65.3 ppg on 41.9% shooting from the field. The Flyers had a rebound margin of 7.7 and a turnover margin of 3.0.

We all know that Virginia has one of the best defenses in the country, however, this year’s Cavaliers team could be unstoppable if they continue to also shoot the ball as well as they have over their first four games as the Cavaliers currently rank 6th in FG% & 3rd in 3P FG%. Dayton has had a nice start to their season as they have a lot of depth on their team and currently rank in the top-100 in both scoring offense & defense. Virginia is the better team here, however, I like how the Flyers have been playing and as they multiple offensive options, including an outstanding player in Josh Cunningham, I think the Flyers do enough with the points to cover in this one. Good Luck!