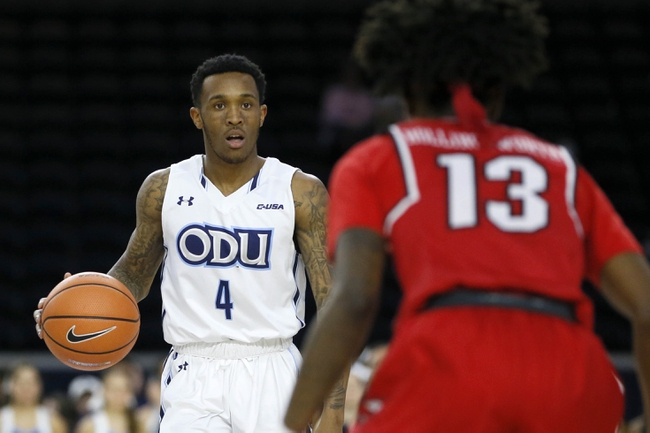 The Northern Iowa Panthers will travel to the Ted Constant Convocation Center to take on the Old Dominion Monarchs this Friday night in College Basketball action.

The Northern Iowa Panthers won their 2nd straight game and improved to 3-2 on the season after defeating the Old Dominion Monarchs, 54-53, this past Monday in the consolation game of the Paradise Jam Tournament. Northern Iowa allowed Old Dominion to fight back late after holding a 50-43 lead with 6:40 left, however, was able to hang on to the victory after a pair of Isaiah Brown FT’s gave the Panthers a 54-50 lead with :17 seconds left in regulation. Northern Iowa shot 36.7% from the field and 44.0% from beyond the arc in the victory. Leading the way for the Panthers was AJ Green who had 15 points and a rebound.

Defensively, Northern Iowa is allowing their opponents to average 68.2 ppg on 39.6% shooting from the field. The Panthers have a rebound margin of 5.0 and a turnover margin of 1.2.

The Old Dominion Monarchs dropped to 2-3 on the season after being defeated by the Northern Iowa Panthers, 54-53, this past Monday. Old Dominion struggled offensively agianst the Panthers defense on the road and although they made it a game late, couldn’t secure the road victory. Old Dominion shot 32.8% from the field and 29.2% from beyond the arc. Old Dominion outrebounded Northern Iowa by a 39-35 margin and won the turnover battle by a 13-10 margin in the loss. Leading the way for the Monarchs was Ahmad Caver who had 24 points, 3 rebounds, 3 assists, and 2 steals.

Defensively, Old Dominion is holding their opponents to an average of 57.0 ppg on 36.5% shooting from the field. The Monarchs have a rebound margin of 3.6 and  a turnover margin of 1.8.

Northern Iowa and Old Dominion won’t have to do too much updating on the scouting reports after playing each other last Monday. Northern Iowa was able to pull off the win, however, Old Dominion is the better team here as they have two impact players in Ahmad Caver & B.J. Stith and a defense that should give the Northern Iowa offense trouble. This is more points than I expected, but as they are now on their home court, I think Old Dominion had no trouble with the Panthers and pulls away in the 2nd half behind their defense to cover this spread.