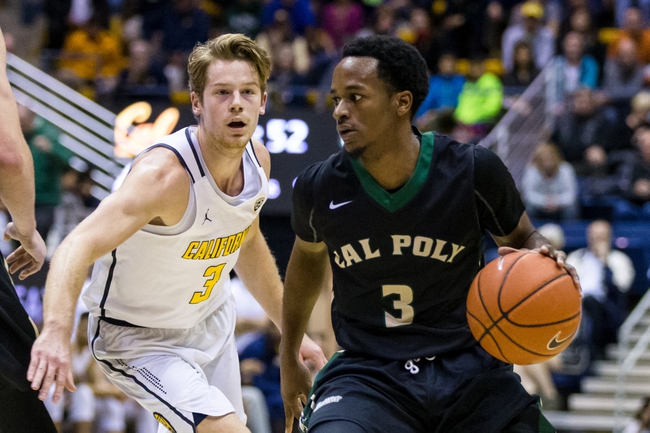 The Cal Poly Mustangs will travel to the Chiles Center to take on the Portland Pilots this Friday night in College Basketball action.

The Cal Poly Mustangs lost their 3rd straight game and dropped to 1-3 on the season after being defeated by the Texas State Bobcats, 54-42, this past Wednesday. Cal Poly went into halftime with a 23-16 lead however, struggled on both ends of the court in the 2nd half and allowed Texas State to pull away late for the double-digit victory. Cal Poly shot just 36.6% from the field and just 18.8% from beyond the arc. Cal Poly was outrebounded by Texas State by a 36-22 margin and committed 15 turnovers in the loss. Leading the way for the Mustangs was Donovan Fields who had 11 points, 3 assists, 1 rebound, 1 block, and 4 steals.

Defensively, Cal Poly is allowing their opponents to average 73.8 ppg on 46.8% shooting from the field. The Mustangs have a rebound margin of -4.0 and a turnover margin of -4.8.

The Portland Pilots won their 3rd straight game and improved to 4-2 on the season after defeating the South Carolina Upstate Spartans, 73-56, this past Wednesday. Portland was outstanding on the defensive end agianst South Carolina Update and had no trouble getting their winning streak alive after taking a 38-19 halftime. Portland outrebounded the Spartans by a 47-36 margin and committed 14 turnovers in the win. Leading the way for the Pilots was Josh McSwiggan who had 17 points, 4 rebounds, and 2 assists.

Defensively, Portland is allowing their opponents to average 75.5 ppg on 43.5% shooting from the field. The Pilots have a rebound margin of 5.0 and average just 5.8 spg.

It’s been a tough start for the Cal Poly as although they were competitive in games agianst Arizona and Washington State, the Mustangs comes into this game ranked just 321st in scoring offense and T-226th in scoring defense. Portland returned a bunch of experience from their 10-22 team, including a strong backcourt of Marcus Shaver Jr & JoJo Walker, however, it’s a bit concerning that their defense ranks just T*144th in scoring defense and 203rd in defensive FG%. Cal Poly is going to have a tough time picking up their first win in this one, however, I think the offense will be able to find their footing a bit against the Pilots in this one and the Mustangs do enough to cover with the points.