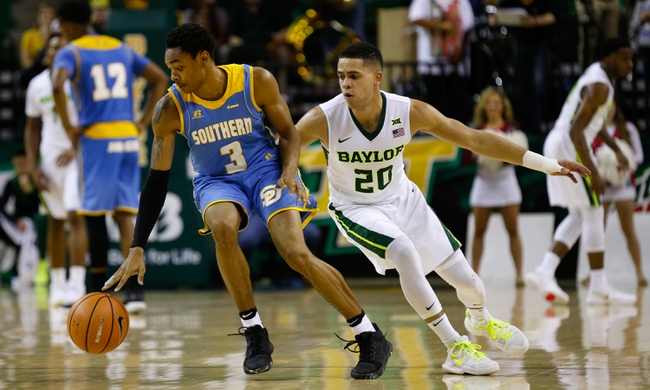 The Southern Jaguars and Western Michigan Broncos will face off this Friday afternoon at The Arena at Northwest FL St in the Emerald Coast Classic.

The Southern Jaguars are still searching for their first win of the season after dropping to 0-4 on the season after being defeated by the George Mason Patriots, 69-65, this past Saturday. Southern went into halftime trailing by a 37-25 margin and although they made a late charge, the Patriots were able to secure the victory with solid FT shooting down the stretch. Southern shot 42.2% from the field and 29.4% shooting from beyond the arc. The Jaguars outrebounded George Mason by a 37-33 margin and committed 14 turnovers in the loss. Leading the way for the Jaguars was Eddie Reese who had 21 points, 4 rebounds, 2 assists, 2 steals, and a block.

Defensively, Southern is allowing their opponents to average 83.8 ppg on 48.7% shooting from the field. The Jaguars have a rebound margin of -8.3 and a turnover margin of -4.5.

The Western Michigan Broncos dropped to 3-2 on the season after being defeated by the Cincinnati Bearcats, 78-52, this past Monday. Western Michigan had no answers for the Cincinnati defense and couldn’t fight back after falling behind by a 54-35 margin with 13:33 left in regulation. Western Michigan shot 33.3% from the field and 30.0% from beyond the arc while allowing Cincinnati to shoot 46.9% from the field. The Broncos were outrebounded by the Bearcats by a 42-27 margin and committed 17 turnovers in the loss. Leading the way for the Broncos was Michael Flowers who had 23 points, 7 rebounds, 6 assists, and a steal.

Defensively, Western Michigan is allowing their opponents to average 74.6 ppg on 41.2% shooting from the field. The Broncos have a rebound margin of 5.6 and a turnover margin of -3.8.

It’s been a tough way to open the season for the Jaguars as although they have played some solid competition (@ Alabama, @ Baylor, @ Louisville), it’s been a struggle on both ends of the court for the Jaguars as they rank 342nd in scoring offense and 330th in scoring defense. Western Michigan has some decent experience however, this team isn’t projected to do much in the MAC this season and in their two games agianst decent competition (Ole Miss & Cincinnati), they’ve lost those games by an average of 26.0 ppg. Southern isn’t as bad as the numbers might show and although they probably won’t win this game, I think Eddie Reese and Sidney Umude will be able to do enough to get the Jaguars to cover with the points.