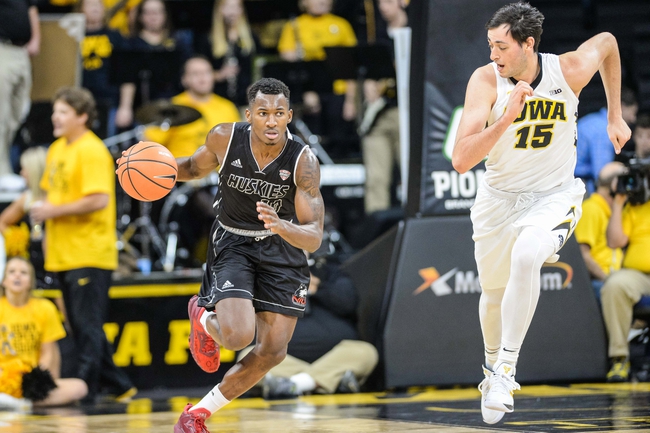 The Northern Illinois Huskies & James Madison Dukes will square off at the Athletics Center O’rena in the Men Against Breast Cancer Oakland Hoops Challenge this Saturday afternoon.

The Northern Illinois Huskies won their 2nd straight game and improved to 3-1 on the season after defeating the Oral Roberts Golden Eagles, 87-66, on Friday afternoon. Northern Illinois was outstanding on the offensive end and has no trouble after taking a 57-40 lead with 13:19 left in regulation. Northern Illinois shot 49.3% from the field and 43.5% from beyond the arc in the victory. The Huskies outrebounded the Golden Eagles by a 37-26 margin while also winning the turnover battle by a 19-11 margin. Leading the way for the Huskies was Eugene German who had 30 points, 4 rebounds, 4 assists, 3 steals, and a block.

Defensively, Northern Illinois is allowing their opponents to average 69.3 ppg on 41.9% shooting from the field. The Huskies had a rebound margin of 6.0 and a turnover margin of 3.3.

The James Madison Dukes lost their 2nd straight game and dropped to 4-2 on the season after being defeated by the Oakland Golden Grizzlies, 77-69, on Friday afternoon. James Madison trailed by a 38-31 margin at halftime and couldn’t fight back after the Golden Grizzlies took a 70-55 lead with 3:10 left in regulation. James Madison shot 47.5% from the field and 46.7% from beyond the arc, however, allowed Oakland to shoot 49.1% from the field. The Ducks outrebounded Oakland by a 36-27 margin and committed 12 turnovers in the loss. Leading the way for the Dukes was Stuckey Mosley who had 25 points, 3 assists, 1 rebound, and a steal.

Defensively, James Madison was allowing their opponents to average 67.8 ppg on 41.6% shooting from the field. The Dukes had a rebound margin of 9.2 and a turnover margin of -2.8.

Northern Illinois has some solid scoring options in Thorpe, Bradley, and German however, the Huskies will need to find some outside shooting as they currently rank just T-343rd in three-pointers made per game & 342nd in 3P-FG%. James Madison has been solid on both sides of the ball, led by Banks & Mosley, and although they have struggled with turnovers, they have been solid on the boards. Northern Illinois comes in with a 3-1 record, however, this is still the same team that struggled against Illinois Tech, and as I think James Madison is the more balanced team, I think they’ll be able to cover what I expect to be a small spread when it’s released. Check back when the line has been posted.

Update (10:00 AM) - James Madison is actually getting a couple points here, so I'm sticking to my initial thoughts and going with the Dukes to cover. Good Luck!