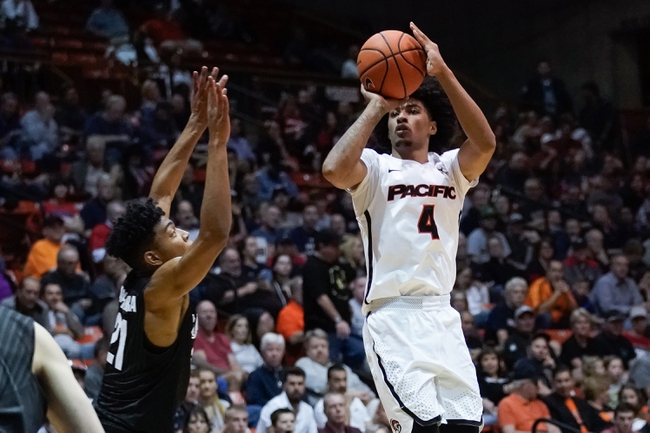 The Elon Phoenix will travel to the Alex G. Spanos Center to take on the Pacific Tigers this Saturday night in College Basketball action.

The Elon Phoenix lost their 2nd straight game and dropped to 2-3 on the season after being defeated by the UC Riverside Highlanders, 77-64, this past Thursday night. Elon struggled defensively agianst UC Riverside and couldn’t fight back after the Highlanders took a 63-50 lead with 4:18 left in regulation. Elon allowed UC Riverside to shoot 51.1% from the field and 43.5% from beyond the arc in the loss. Leading the way for the Phoenix was Steven Santa Ana who had 13 points, 6 rebounds, 2 assists, and 1 steal.

Defensively, Elon is allowing their opponents to average 78.8 ppg on 44.4% shooting from the field. The Phoenix have a rebound margin of -5.0 and a turnover margin of -4.8.

The Pacific Tigers dropped to 4-3 on the season after being defeated by the Abilene Christian Wildcats, 73-71, on Friday night. Pacific fought back from a 67-56 deficit with under five minutes left in regulation to tie the game at 71-all with under a minute left, however, the Wildcats were able to secure the victory with a Jaylen Franklin game-winning jumper as time expired. Pacific shot just 23.1% from the beyond the arc, while allowing Abilene Christian to shoot 50.0% from the field and 33.3% from beyond the arc in the loss. Leading the way for the Tigers was Roberto Gallinat who had 21 points and 4 rebounds.

Defensively, Pacific was allowing their opponents to average 73.3 ppg on 44.2% shooting from the field. The Tigers had a rebound margin of 7.7 and a turnover margin of -3.5.

Elon has some solid experience back this season, but the issues that plagued the Phoenix last season (defense and rebounding) look like a trouble area again for Elon as they currently rank 292nd in scoring defense and T-302nd in rebound margin. Pacific is at best an average team, however, they had a decent backcourt and have been great on the boards this season, as they rank T-52nd in rebound margin. Pacific is much better team at home and as I just don’t think Elon is very good on either side of the court, I’m initially leaning on taking the Tigers as I think they’ll be at worst a mid-range favorite when the line is released. Please check back later when the line is released.

Update (10:02 AM) - This spread is a bit higher than expect, but I still like Pacific as I think the Tigers will win this one by about 10. Good Luck!