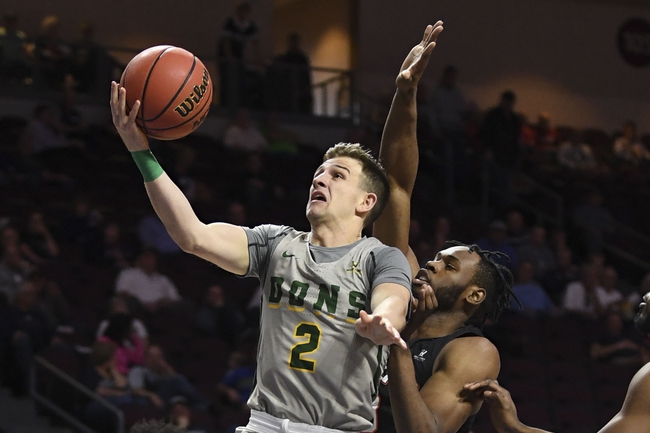 The Dartmouth Big Green will travel to War Memorial Gymnasium to take on the San Francisco Dons this Saturday night in College Basketball action.

The Dartmouth Big Green dropped to 3-2 on the season after being defeated by the 22nd ranked Buffalo Bulls, 110-71, this past Wednesday. Dartmouth had no answers on the defensive end against the Bulls and couldn’t fight back after they went into halftime trailing by a 55-39 margin. Dartmouth allowed Buffalo to shoot 59.2% from the field and was outrebounded by the Bulls by a 45-34 margin in the loss. Leading the way for the Big Green was Ian Sistare who had 18 points, 2 rebounds, and 1 assist in 18 minutes from off the bench.

Defensively, Dartmouth is allowing their opponents to average 72.4 ppg on 43.3% shooting from the field. The Big Green have a rebound margin of 4.6 and a turnover margin of -0.8.

The San Francisco Dons stayed perfect on the young season, improving to 5-0 pm the season, after defeating the Harvard Crimson, 61-57, this past Wednesday. In a hard fought defensively game, the Dons were able to hold off the Crimson late in the game after taking a 58-54 lead with 1:30 left in regulation. San Francisco held Harvard to 35.5% shooting from the field and 19.0% from beyond the arc in the victory. Leading the way for the Dons was Frankie Ferrari who had 14 points, 3 rebounds, and 3 assists.

Defensively, San Francisco is holding their opponents to an average of 51.0 ppg on 33.1% shooting from the field. The Dons have a rebound margin of 18.2 and a turnover margin of 1.2.

Dartmouth is a young team that doesn’t have a bunch experience however, they have been impressive with their outside shooting this season as they rank 2nd in three-pointers made per game & 16th in 3P-FG%. San Francisco is dark horse in the WCC this season and has been outstanding on the defensive end as they rank 5th in scoring defense and 3rd in rebound margin. Dartmouth played Davidson tough on the road earlier this season, however, their defense isn’t the greatest and as I think the Dons can limit the damage the Big Green does beyond the arc, I’m taking San Francisco to cover this large home spread.