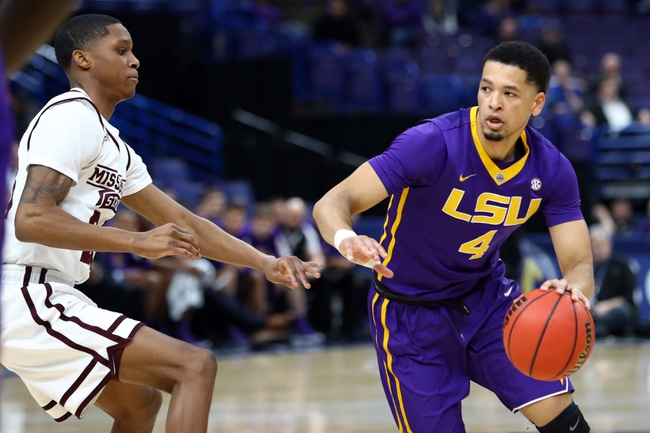 The Oklahoma State Cowboys and 19th ranked LSU Tigers will face off in the consolation game of the Advocare Invitational at HP Field House this Sunday afternoon.

The Oklahoma State Cowboys had their 3-game winning streak and dropped to 3-2 on the season after being defeated by the Villanova Wildcats, 77-58, this past Friday. Oklahoma State had no answers on the offensive end in the 1st half against the Wildcats and couldn’t fight back after Villanova took a 42-26 halftime lead. Oklahoma State shot just 40.7% from the field and was outrebounded by Villanova by a 39-26 margin in the loss. Leading the way for the Cowboys was Cameron McGriff who had 11 points, 5 rebounds, and an assist.

Defensively, Oklahoma State is holding their opponents to an average of 65.0 ppg on 38.8% shooting from the field. The Sooners have a rebound margin of 0.4 and a turnover margin of 0.6.

The 19th ranked LSU Tigers suffered their first loss of the season, dropped to 5-1 on the season, after being defeated by the 14th ranked Florida State Seminoles, 79-76 (OT), this past Friday. LSU led by a 65-56 lead with 3:05 left in regulation, however, allowed the Seminoles to fight back to force overtime and Florida State was able to pull off the victory after Mfiondu Kabengele hit the game-winning three-pointers with just :02 seconds left in overtime. LSU shot 51.9% from the field and 42.3% from beyond the arc in the loss, however, committed 18 turnovers in the loss. Leading the way for the Tigers was Skylar Mays who had 19 points, 5 rebounds, 4 assists, 1 block, and a steal.

Defensively, LSU is allowing their opponents to average 71.8 ppg on 41.6% shooting from the field. The Tigers have a rebound margin of 2.3 and a turnover margin of 1.7.

Oklahoma State’s head coach Mike Boynton did a masterful job with the Cowboys last season and although it will be hard to hit 20-wins again as the Cowboys lost a bunch of production from last year’s team, the Cowboys look like they will be solid defensively as they come into this game ranked 62nd in scoring defense and 57th in defensive FG%. LSU let one slip through their fingers against Florida State however, the Tigers have looked solid this season and come into this game ranked T-71st in scoring offense & 20th in FG%. The line has yet to be released however, LSU has some great young talent in Naz Reid & Ja’vonte Smart and as I think their offense will find similar success that Villanova did, I’m taking LSU to cover this low to mide-range spread.