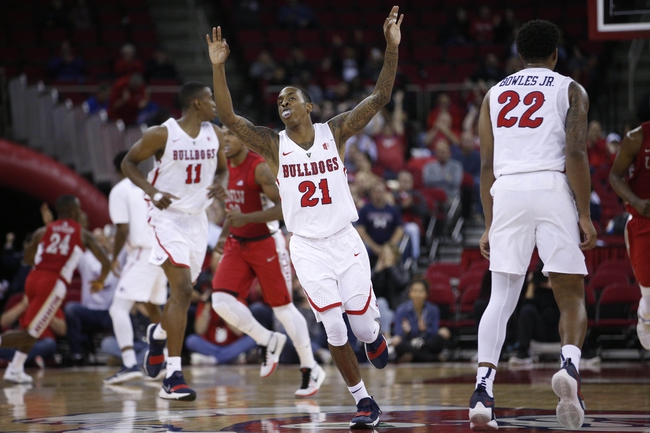 The Pacific Tigers will travel to the Save Mart Center to take on the Fresno State Bulldogs this Wednesday night in College Basketball action.

The Pacific Tigers improved to 5-3 on the season after defeating the Elon Phoenix, 65-57, this past Saturday night in the Thanksgiving Classic. Pacific was outstanding on the defensive end agianst the Phoenix and had no trouble securing the victory after a 14-2 Tigers run gave Pacific a 52-35 lead with 8:29 left in regulation. Pacific held Elon to just 36.0% shooting from the field and forced the Phoenix into committing 24 turnovers in the victory. Leading the way for the Tigers was Lafayette Dorsey who had 19 points & 4 rebounds in 28 minutes from off the bench.

Defensively, Pacific is allowing their opponents to average 71.3 ppg on 44.0% shooting from the field. The Tigers have a rebound margin of 5.3 and a turnover margin of -1.6.

The Fresno State Bulldogs improved to 3-2 on the season after defeating the Hawaii Rainbow Warriors, 79-64, this past Sunday to finished in third in the Wooden Legacy. Fresno State had no problems finding ways to score agianst the Hawaii defense and pulled away after a 9-0 run gave the Bulldogs a 59-43 lead with 11:04 left in regulation. Fresno State shot 52.0% from the field and 55.0% from beyond the arc in the victory. Leading the way for the Bulldogs was Deshon Taylor who had 20 points, 2 rebounds, and 5 assits.

Defensively, Fresno State is allowing their opponents to average 68.2 ppg on 41.4% shooting from the field. The Bulldogs have a rebound margin of 2.8 and a turnover margin of 0.2.

Pacific is a decent WCC team that can give teams trouble when they are at home, but the Tigers really don’t excel in any aspect of the game as they currently come into this matchup ranked 209th in scoring offense & 171st in scoring defense. Fresno State has a great duo in Higgins and Taylor and has looked impressive this season as their only two losses have come in close games agianst two solid programs in TCU and Miami. Fresno State should have the advantage on both ends of the court in this one and as the Bulldogs should be able to do plenty of damage behind the arc as they rank 27th in three-pointers made and 26th in 3P-FG%, I’m taking Fresno State to cover this home spread.