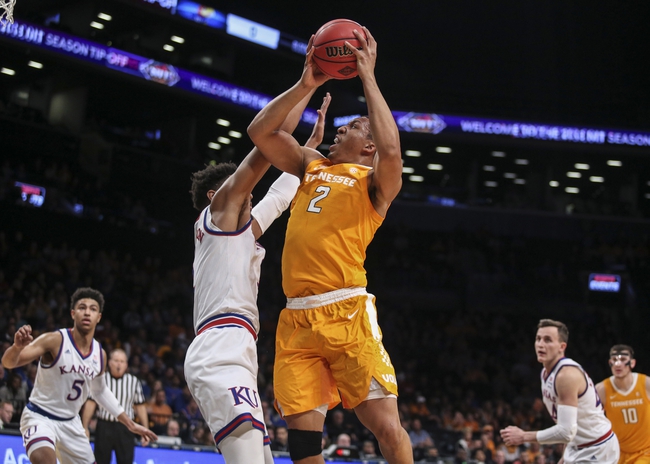 The Eastern Kentucky Colonels will travel to Thompson-Boling Arena to take on the 6th ranked Tennessee Volunteers this Wednesday night in College Basketball action.

The Eastern Kentucky Colonels snapped their 2-game losing streak and improved to 3-3 on the season after defeating the Kennesaw State Owls, 100-81, on November 19th in a consolation game at the Paradise Jam Tournament. Eastern Kentucky has their way on the offensive end against the Owls and was able to pull away in the 2nd half after going into halftime with a 39-33 lead.  Eastern Kentucky shot 50.0% from the field, 43.3% from beyond the arc, and won the turnover battle by a 19-7 margin in the victory. Leading the way for the Colonels was Nick Mayo who had 28 points, 8 rebounds, and 3 blocks.

Defensively, Eastern Kentucky is allowing their opponents to average 83.5 ppg on 45.9% shooting from the field. The Colonels have a rebound margin of -0.7 and a turnover margin of 4.0.

The 6th ranked Tennessee Volunteers suffered their first loss of the season and dropped to 4-1 on the year after being defeated by the 2nd ranked Kansas Jayhawks, 87-81 (OT), in a thrilling title game of the NIT Season Tip-Off last Friday. Tennessee held a slight lead for much of the 2nd half, however, allowed Kansas to force OT and couldn’t fight back after a Dedric Lawson dunk gave the Jayhawks an 82-75 lead with 1:24 left in overtime. Tennessee shot 41.3% from the field and 25.9% from beyond the arc in the loss. Leading the way for the Volunteers was Admiral Schofield who had 21 points, 6 rebounds, and 2 assists.

Defensively, Tennessee is holding their opponents to an average of 82.4 ppg on 36.2% shooting from the field. The Volunteers have a rebound margin of 5.2 and a turnover margin of 2.8.

Eastern Kentucky has one of the best players in the OVC in Nick Mayo who an absolute monster in the front-court, however, the Colonels don’t have much depth as Mayo is the only Eastern Kentucky player averaging in double-digits. Tennessee has to be disappointed by their lost to Kansas, however, there was a lot of positives to take from that game and it sure looks as if the Volunteers is going to be a very dangerous team this season as they are loaded with talent and solid on both ends of the floor. Eastern Kentucky lost by 27 points to Kansas State earlier this season and as their defense comes into this game ranked 336th in scoring defense, I just don’t see the Colonels being able to cover agianst a Tennessee team that should dominate on both ends of the court at home. Take Tennessee to cover this large spread.