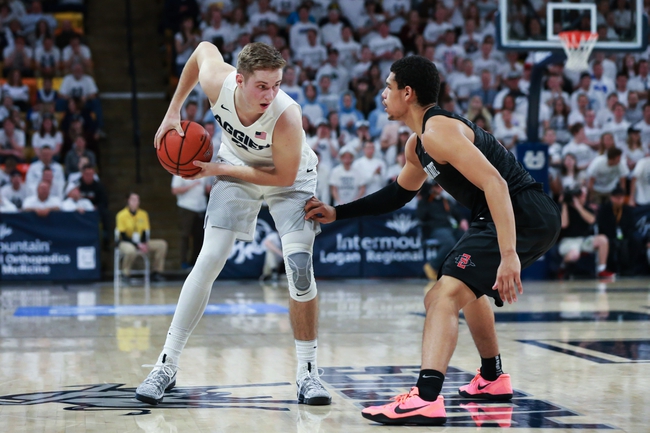 The Northern Iowa Panthers will travel to the Dee Glen Smith Spectrum to take on the Utah State Aggies this Wednesday night in College Basketball action.

The Northern Iowa Panthers had their 2-game winning streak snapped and dropped to 3-3 on the season after being defeated by the Old Dominion Monarchs, 72-65, this past Friday. Old Dominion had no trouble securing the victory after taking a 59-47 lead with 6:19 left in regulation and revenged a 54-53 loss to the Panthers earlier in the week to Northern Iowa in a consolation game at the Paradise Jam Tournament. Northern Iowa shot 40.4% from the field and forced just 8 Old Dominion turnovers in the loss. Leading the way for the Panthers was AJ Green who had 18 points, 7 rebounds, 2 assists, and a steal.

Defensively, Northern Iowa is holding their opponents to an average of 68.8 ppg on 40.3% shooting from the field. The Panthers have a rebound margin of 3.7 and a turnover margin of 0.5.

The Utah State Aggies suffered their first loss of the season, dropping the Aggies to 5-1 on the season, after being defeated by the Arizona State Sun Devils, 87-82, this past Wednesday night in the MGM Main Event. Utah State struggled defensively against the Sun Devils and although they fought hard, couldn’t fight back after Arizona State took a 69-60 lead with 8:41 left in regulation. Utah State allowed Arizona State to shoot 50.0% from both the field and three-point range and loss the turnover battle by a 20-16 margin in the loss. Leading the way for the Aggies was Sam Merrill who had 27 points, 5 rebounds, and an assist.

Defensively, Utah State is holding their opponents to an average of 66.5 ppg on 35.7% shooting from the field. The Aggies have a rebound margin of 14.2 and a turnover margin of -0.5.

Northern Iowa is no where near the team that we saw a few years ago as the Panthers have little offensive punch and need to rely on their defense, which currently ranks just 128th in scoring defense, to give them a chance to win games. Utah State has looked great under first year head coach Craig Smith, who did an outstanding job at South Dakota over his past four years, and showed that they can be a tough team to beat as they defeated Saint Mary’s by an 80-63 margin while giving Arizona State all they could handle in the MGM Main Event Tournament.  Utah State currently ranks 18th in scoring margin & 11th in defensive FG% and as I just don’t see the Panthers being able to put up enough points to keep up with the Aggies, I’m taking Utah State to cover this spread at home.