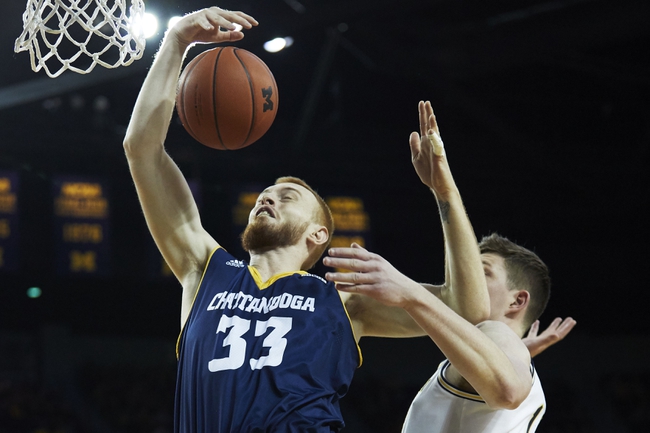 The Tennessee Tech Golden Eagles will travel to McKenzie Arena to take on the Chattanooga Mocs this Saturday afternoon in College Basketball action.

The Tennessee Tech Golden Eagles dropped to 1-6 on the season after being defeated by the Winthrop Eagles, 82-70, this past Wednesday night. Tennessee Tech held a 40-33 halftime lead however, struggled on both ends of the court in the 2nd half and couldn’t fight back after a 12-2 Winthrop run gave the Eagles a 75-63 lead with 2:04 left in regulation. Tennessee Tech shot 43.1% from the field however, allowed Winthrop to shoot 42.6% from the field and 42.9% from beyond the arc in the loss. Leading the way for the Golden Eagles was Jr. Clay who had 20 points, 9 rebounds, 3 assists, and a block in 30 minutes from off the bench.

Defensively, Tennessee Tech is allowing their opponents to average 88.1 ppg on 46.2% shooting from the field. The Golden Eagles have a rebound margin of -7.3 and a turnover margin of -5.6.

The Chattanooga Mocs snapped a 4-game losing streak and improved to 3-5 on the season after defeating the NCCAA Hiwassee College Tigers, 95-62, this past Tuesday night. Chattanooga had all they could handle from the Tigers early in this one however, created some separation at halftime after a 12-0 run to end the 1st half and was able to pull away easily with a strong offensive 2nd half. Chattanooga shot 52.0% from the field and outrebounded Hiwassee College by a 42-32 margin. Leading the way for the Mocs was Jerry Johnson Jr. who had 20 points, 7 rebounds, 2 assists, and 5 steals.

Defensively, Chattanooga is allowing their opponents to average 70.8 ppg on 43.4% shooting from the field. The Mocs have a rebound margin of 0.8 and a turnover margin of 1.1.

Tennessee Tech lost the majority of their scoring last season and have really started the season struggling on both ends of the court as the Golden Eagles come in ranked just T-327th in scoring offense, 307th in FG%, and 350th in defensive scoring. Chattanooga also lost their main offensive production from last year’s team, however, their defense has been at least average this season as they come into this game ranked 163rd in scoring defense and 197th defensive FG%. Chattanooga is at home in this one as I just can’t trust that Tennessee Tech will be able to find success on either end of the court, I think the Mocs can do enough at home to cover this small spread.