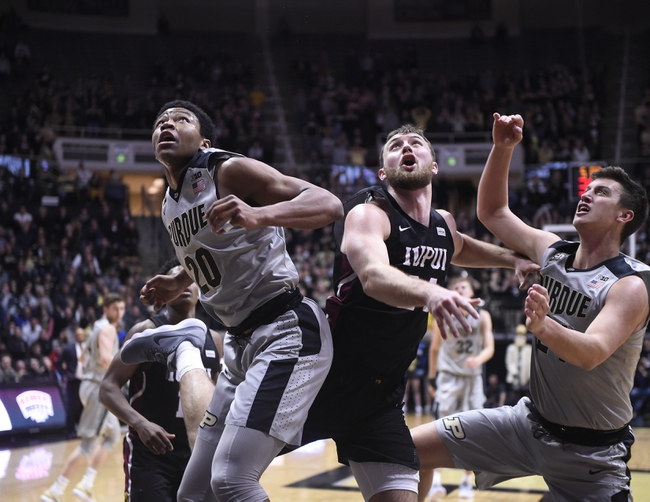 The Ball State Cardinals will travel to the Indiana Farmers Coliseum to take on the IUPUI Jaguars this Saturday afternoon in College Basketball action.

The Ball State Cardinals won their 3rd straight game and improved to 4-3 on the season after defeating the D-II Tiffin Dragons, 108-62, this past Tuesday. Ball State was able to get basically anything they wanted on the offensive end against Tiffin and had no trouble securing the victory after going on a 31-0 run midway through the 2nd half. Ball State shot 59.4% from the field and outrebounded Tiffin by a 52-27 margin in the victory. Leading the way for the Cardinals was Trey Moses who had a double-double with 14 points, 17 rebounds, 2 assists, 3 blocks, and a steal.

Defensively, Ball State is allowing their opponents to average 75.0 ppg on 43.1% shooting from the field. The Cardinals have a rebound margin of 4.1 and a turnover margin of -1.3.

The IUPUI Jaguars won their 3rd straight game and improved to 5-2 on the season after defeating the Bradley Braves, 85-73, this past Wednesday. IUPUI had no trouble putting up points agianst the Braves defense and was able to pull away after a 9-0 Jaguars run gave IUPUI a 70-57 lad with 5:59 left in regulation. IUPUI shot 51.0% from the field and 74.4% (29-39) from the FT-line in the victory. Leading the way for the Jaguars was Camron Justice who had 27 points, 5 rebounds and 2 assists.

Defensively, IUPUI is allowing their opponents to average 69.1 ppg on 42.2% shooting from the field. The Jaguars have a rebound margin of 3.0 and are averaging 6.0 spg.

There is no denying that talent that Ball State has on the offensive end which gives the Cardinals the ability to compete with even some of the best teams in the country, however, it’s going to be hard for the Cardinals to win the MAC unless they improve a defense that ranks just T-249th in scoring defense. IUPUI has some question marks coming into this season on the offensive end, however, Vanderbilt transfer Camron Justice and has some solid wins against Boston College and Bradley this season. IUPUI is a solid team at home and as I think they do have enough on the offensive end to keep this one close, I’m taking the home team and the points.