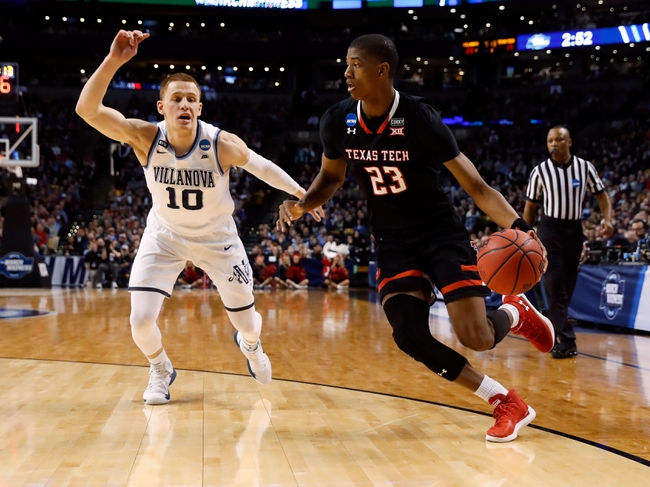 The 20th ranked Texas Tech Red Raiders and the Memphis Tigers will square off this Saturday afternoon in the Air Force Reserve Hoophall Miami Invitational at American Airlines Arena.

The 20th ranked Texas Tech remained perfect on the season after defeating the Northern Colorado Bears, 93-62, this past Saturday. Texas Tech had their best offensive night of the season and had no trouble securing the victory after taking a 69-46 lead with 10:15 left in the 2nd half. Texas Tech shot 60.7% from the field and 62.5% from beyond the arc while holding Northern Colorado to just 34.5% shooting from the field. Leading the way for the Red Raiders was Jarrett Culver who had 20 points, 5 rebounds, 6 assists, and a steal.

Defensively, Texas Tech is holding their opponents to an average of 51.0 ppg on 33.6% shooting from the field. The Red Raiders have a rebound margin of 7.7 and a turnover margin of 6.7.

The Memphis Tigers dropped to 3-3 on the season after being defeated by the Charleston Cougars, 78-75, this past Sunday. In a tight back and forth game in the 2nd half, Memphis had some costly turnovers down the stretch and couldn’t fight back after a pair of FT’s by the Cougars Grant Riller gave Charleston a 76-75 lead with 31.3 seconds left in regulation. Memphis shot 49.1% from the field however, committed 18 turnovers in the loss. Leading the way for the Tigers was Tyler Harris who had 25 points, 3 rebounds, and 2 assits.

Defensively, Memphis is allowing their opponents to average 78.8 ppg on 46.3% shooting from the field. The Tigers have a rebound margin of 2.3 and a turnover margin of 1.7.

Memphis seems like a program on the rise, however, it’s going to be at least another year until the Tigers will be able to compete with best that College Basketball has to offer. Texas Tech ranks 1st in scoring defense & defensive FG% and between the fact that the Tigers haven’t shot the ball partically well and rank just 306th in scoring defense, I think the Red Raiders do enough on a neutral court to cover this double-digit spread.