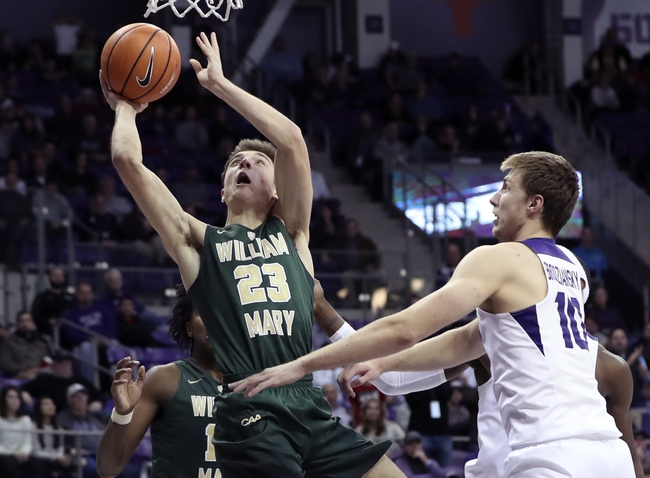 The George Mason Patriots will travel to Kaplan Arena to take on the William & Mary Tribe this Saturday afternoon in College Basketball action.

The George Mason Patriots snapped their 2-game losing streak and improved to 3-5 on the season after defeating the Morgan State Bears, 82-75, this past Wednesday. George Mason had all they could handle from Morgan State as the Bears were able to tie the game at 71-all with just 2:19 remaining, however, the Patriots were able to pull away late as they closed out the final 1:36 of regulation on a 9-3 run. George Mason shot 49.1% from the field and 42.1% from beyond the arc in the victory. Leading the way for the Patriots was Otis Livingston II who had 22 points, 7 assits, and a rebound.

Defensively, George Mason is allowing their opponents to average 74.3 ppg on 47.6% shooting from the field. The Patriots have a rebound margin of -1.1 and a turnover margin of -0.9.

The William & Mary Tribe fell to 2-5 on the season after being defeated by the Marshall Thundering Herd, 84-64, this past Wednesday. William & Mary trailed by just a 46-37 margin at halftime, however, the offense really struggled to get going in the 2nd half and the Tribe couldn’t fight back after falling behind by a 68-51 margin with 6:03 left in regulation. William & Mary shot just 23.8% from beyond the arc and committed 20 turnovers in the loss. Leading the way for the Tribe was Paul Rowley who had 12 points, 3 rebounds, and a steal.

Defensively, William & Mary is allowing their opponents to an average of 82.3 ppg on 49.5% shooting from the field. The Tribe have a rebound margin of 0.4 and a turnover margin of -5.7.

George Mason ha a bunch of experience and one of the best players in the A-10 in Otis Livingston II however, William & Mary is a very talented offensive team that should find success agianst the Patriots defense which ranks just T-241st in scoring defense and 318th in defensive FG%. William & Mary is a tough team to face on their home court as they also have a bunch of experience with Pierce & Knight, I think the Tribe do enough in this one to cover this spread.